Goals do the trick for Glencar/Manorhamilton 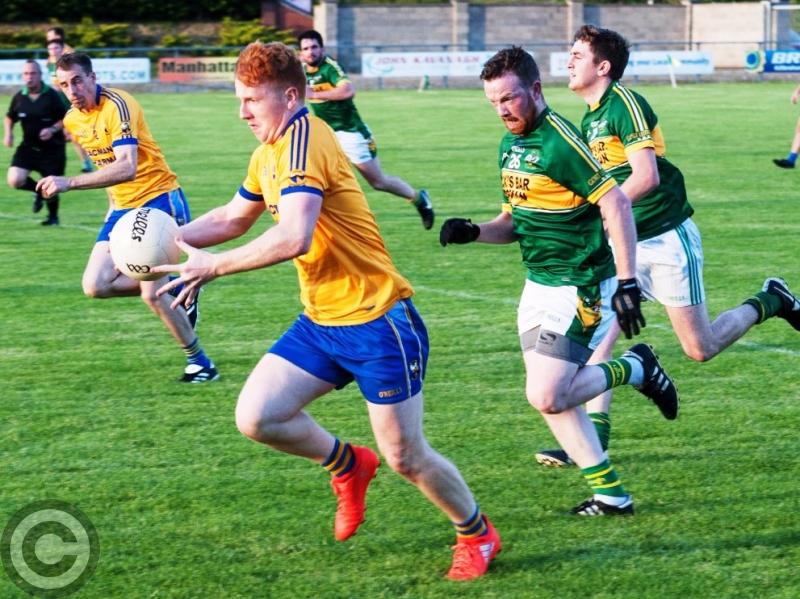 Glencar/Manorhamilton on the attack. Photo by Declan Gaffney

After playing impressively for just some parts of the game, Glencar/Manor collected silverware in Friday's Shield final in Ballinamore where Gortletteragh  turned in a somewhat more patchy performance.

With the forthcoming Senior Championship not far away, both teams will have much to ponder in the short term as regards their respective teams preparedness for this year's campaign.

It was all one-way traffic on the scoreboard in the opening 15 minutes  with Glencar/ Manor edging into a  2-3 to 0-0 lead in a phase of the game when Gortletteragh matched the north Leitrim men every aspect of the game except getting their  efforts on target.

Goals by Evan Sweeney and Niall Brady put Glencar/Manor very much in the driving seat while Sweeney and Brady also chipped in with a point apiece, as did Aaron Hickey.

Gortletteragh eventually got lift-off when Alan McCann banged in a spectacular goal from 15 metres  after a good move. However, Manor responded with five unanswered points and also had a number of shots that dropped short in their opponents goalmouth area and were cleared with possession also being turned over.

Glencar/Manor enjoyed a 2-8 to 1-0 advantage by the 24th minute thanks to Aaron Hickey, who fired over two points for his side while Even Sweeney, Ronan Flynn and Niall Brady added a point each.

During a late Gortletteragh surge prior to the break Barry Tiernan netted a second goal for his side and Cathal McCrann tapped over a free.

Glencar/Manor enjoyed a 2-8 to 2-1 interval lead. Niall Brady stretched the lead with an early second half point from play which was answered some four minutes later by a Cathal McCrann pointed  free.

Evan Sweeney gave Manor a ten point advantage when hammered a 36th minute shot  to the net past Conal Clarke. In response Cathal McCrann helped to keep his side in contention when pointed a free.

Gortletteragh's come back gained further momentum in the 49th minute when another McCrann hit free came back off the post  and Evan Ward was on hand to finish the rebound past keeper Christopher Jenkins to the net.

Two minutes later Cathal McCrann, who limped off with an apparent ankle injury near the end of the game, converted his sixth free  from 44 metres.

But Glencar/Manor halted the Gortletteragh come back bid when sub Anthony McDonald fired over a 54th minute point. Aaron Hickey and Evan Sweeney added a point apiece to secure victory for the north Leitrim men.

Gortletteragh never gave up and they won a late 13 metres free, which was close to being a penalty when James Campbell was taken down, sub Colm Duffy tapping over the free. 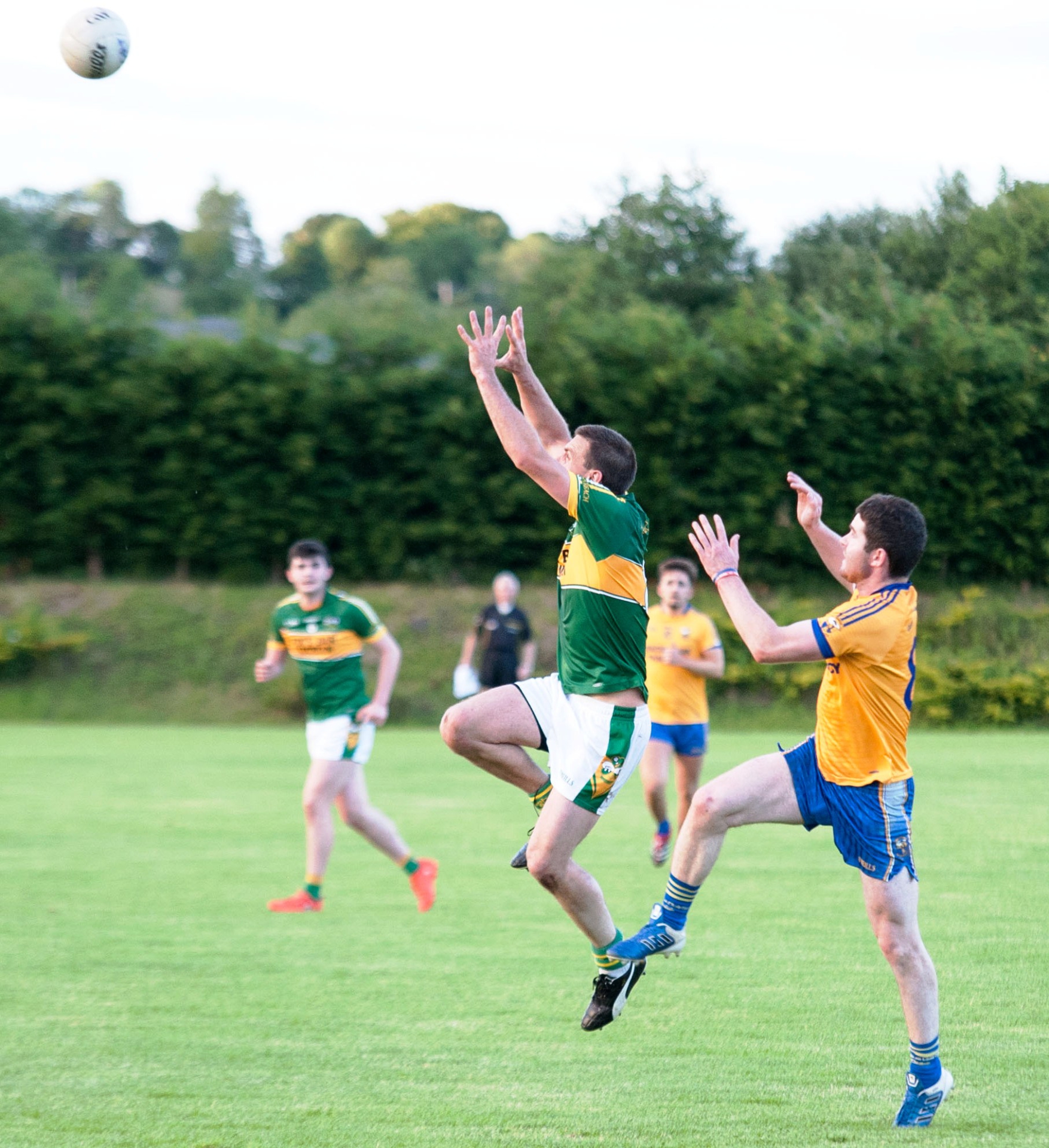 A Gortletteragh player rises highest for the ball in the Shield Final. Photo by Declan Gaffney

Main Man: Evan Sweeney, who as well as being Glencar/Manor's main scorer, was a constant thorn for the Gortletteragh rearguard since he popped up in several areas in front of goals to register his well-taken scores from a variety of angles.

Turning Point: After completely dominating the exchanges the opening 41 minutes of the action, Glencar/Manor surprisingly faded out of the game for the next ten minutes and allowed Gortletteragh reduce the deficit from ten points to just two before the north Leitrim side finished with a slight flourish following the introduction of sub, Anthony McDonald

Ref Watch: Gerry Gallogly kept the game, which was played in a spirit of good sportsmanship, flowing at all times and only he had to implement a few low key disciplinary admonishments over the course of the sixty minutes

Highlight: Alan McCann's cracking unstoppable 15th minute goal shot from 15 metres opened a sluggish Gortletteragh outfit's account at last after the South Leitrim men had played second fiddle in the contest up to that point.

Lowlight: Gortletteragh poor start in the opening fourteen minutes when they failed to register a single score as against Glencar/ Manor's unanswered 2-3 created a feeling that the game was almost over by the end of the first quarter.