Dromahair delight as Annaduff blown away in whirlwind 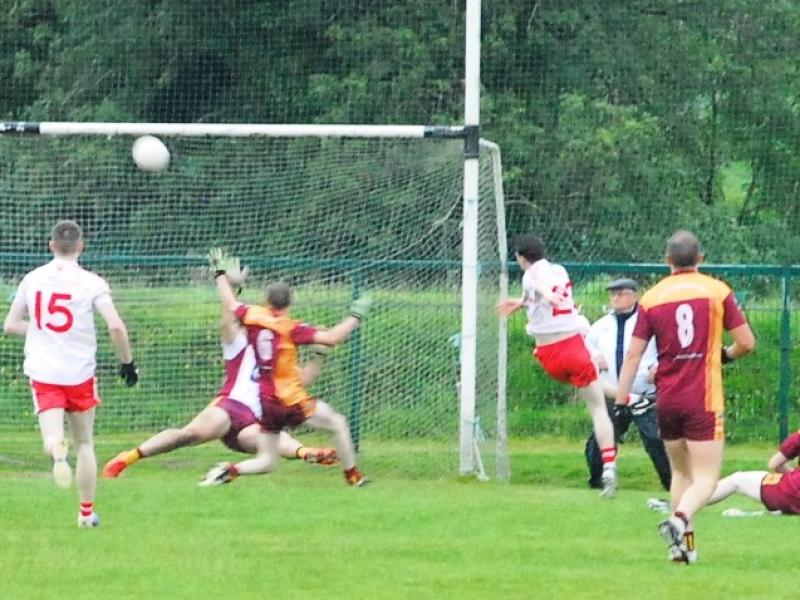 For a second week in a row, Dromahair produced a highly impressive performance to claim a clear-cut win over Annaduff to grab a quarter-final place.

Without a win after their first three games, Dromahair now face a meeting with Ballinamore by virtue of winning their head-to-head match over Annaduff who now head into  the relegation play-offs.

After suffering two heavy defeats by Glencar/Manor and St. Mary's plus a six point loss to Drumreilly, Dromahair have really bounced back to  redeem their reputation with new-found energy and belief in themselves.

Buoyed up with their win over Bornacoola, Dromahair took the field in Drumshanbo with a big pep in their step from which Annaduff, who already had two wins under their belts and a probable quarter-final place booked, suffered the backlash.

Dromahair outplayed Annaduff from the very start and coasted to their win with 12 points to spare at the end. Annaduff struggled from the start with Dromahair's well-organised approach to the game.

The Dromahair men moved the ball effectively and quickly while creating and using open spaces to do so which they exploited to the maximum against Annaduff, both in attack and defence. As result Annaduff was forced to play second fiddle at all times.

Dromahair got off to a dream start when they won a penalty just 15 seconds into the action when Robbie Cunningham was taken down. Cian Clinton stepped up to take the spot kick and put the ball into the corner of the Annaduff net, passed keeper Jim McCormack.

Dillon Keane replied with a point for Annaduff within the space of a minute. Dromahair increased their lead with a 4th minute point from Cian Clinton who was put through by a pass from Gary Fowley before he shot.

Annaduff stayed in contention with a pointed free by Sean McNabola in the following minute while Dromahair's Gary Fowley received an 11th minute yellow card. Over the next nine minutes Dromahair increased their lead with a pointed Cian Clinton '45,'  as well as another free conversion by the same player.

Sean McNabola replied with  point from a 22nd minute 13-metre free. The north Leitrim side kept up the pressure on Annaduff over the next four minutes with points from play by Gary Fowley and Darragh McMorrow.

Annaduff keeper Jim McCormack made a super 27th minute save when he stopped a Darragh McMorrow pile driver. Robbie Cunningham increased Dromahair's lead two minutes later to six when he put over a free.

Sean McNabola answered with a point from 25-metre Annaduff free after David Duignan was fouled and Alan Clancy shot a point from play for the south Leitrim men who trailed Dromahair by 1-6 to 0-5 at the break.

Dromahair increased their lead within two minutes of the restart when Martin Feeney fired over a point. A 33rd minute Dromahair goal, which Bertie Cunningham shot from 20 metres out, went into the top corner of net off the fingers off Annaduff 'keeper, Jim McCormack and put the North Leitrim side into an 0-8 lead.

In attempting to save this shot Jim McCormack sustained a finger injury and had to be replaced between the Annaduff posts by reserve 'keeper Shane Cox. Over the next fifteen minutes Dromahair further increased the pressure on Annaduff and put the game out of the reach of the South Leitrim men when hitting an unanswered 1-4.

Robbie Cunningham increased Dromahair's lead to 13 points when he fired over a 56th minute point. Two minutes Dromahair's Gary Clinton received a black card and was replaced by Terry O'Rourke.

In the final scoring action of the game Dromahair's Cian Clinton traded a point with Annaduff's Sean McNabola (free).

Main Man: Top scorer Cian Clinton was the driving force for Dromahair from the start to the finish but he also got good support from Robbie Cunningham, Rory Kelly, Gary Fowley and Darragh McMorrow.

Talking Point: Dromahair's has undergone a major transformation in their overall approach to the challenge it posed for them. After struggling in their first three games the Dromahair men have turned the tide and completed the first championship stage on a very positive note.

Turning Point: Goals provided the platform for Dromahair's victory and Bertie Cunningham's second Dromahair goal put them eight points in front and that proved a bridge too far for Annaduff.

Ref Watch: Eamonn O'Grady handled this game in an assured officiating manner. It was an almost totally good-tempered affair, which Eamonn kept flowing at all times.

Highlight: Cian Clinton's 17th minute '45' conversion against a fairly strong breeze was perhaps the best taken score of the game and put Dromahair well on the road to their win.

Lowlight: The fact that Annaduff was overwhelmed by Dromahair's fired-up performance throughout this contest provided something of an anti-climax for those spectators who came to see what was expected to be a ding-dong encounter.