Foolish to read too much into Kiltubrid win - Gerry 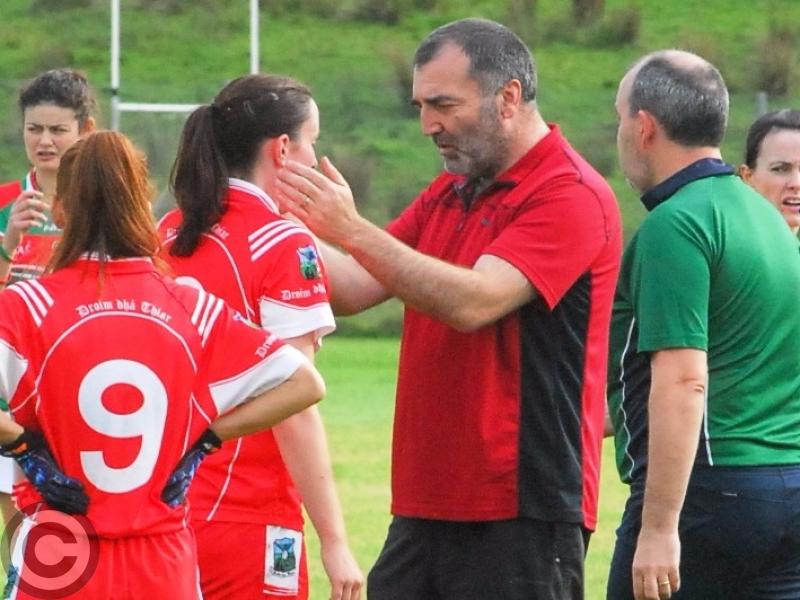 Dromahair manager Gerry Ballantine looks after an injured player in the win over Kiltubrid. Photo by Willie Donnellan

They may have ended the reign of the champions but nobody, absolutely nobody, is getting carried away in Dromahair ahead of next Sunday’s Ladies Senior Final.

Gerry Ballantine is in his ninth year in charge of Dromahair and the delight in reaching the Final is obvious - “Absolutely looking forward to it, we’re delighted to be back after a three year absence so it is great to be back in the final again.”

Dromahair dethroned two time champs Kiltubrid but Gerry insists his team would be foolish to read too much into that result - “We had a day where everything went right for us and they didn’t get the start they  hoped for, they didn’t get into the game.

“We were very happy to win but as we said beforehand, performance was everything to us. We’re not going to get carried away, we’ve been so poor during the year that it would be foolish to read too much into one performance.”

In case anyone thinks he is playing mind-games, Gerry quickly points out some facts  - “We played St. Joseph’s twice this year and they’ve beaten us both times, in the League and at one stage in the Group stages, they were 19 points up on us. If that isn’t going to put your feet on the ground, I don’t know what will, that’s the reality of it.

“Our League form has been so poor, we managed just one win against Mohill and we got beaten by St. Joseph’s, Aughawillan and Glencar/ Manorhamilton so we’re under no illusions that our form has been so patchy.”

“Of all the teams we play, the team with the most balance in it would be St. Joseph’s, you can’t target one or two players on the St. Joseph’s team, they really have all-round strength and always have had. They have five county players taking the field on Sunday and it would be very unrealistic to underestimate them.”

As for his own team’s impressive win over Kiltubrid, Gerry stresses Dromahair must still perform next Sunday - “Performances you can look at them and be happy with them but at the end of the day, semi-finals are for winning. How many times have we seen teams perform poorly in the semi-finals and then produce a performance to win the final?

“We will give it everything, everybody knows the strength of our team is the workrate we put in because we wouldn’t have huge physicality.”

And a prediction? “We absolutely thrilled to be in it because our form early in the season was so patchy. We started off with a one in six chance, now it is down to a one-in-two chance so our odds are improving. The only thing we will be saying is that we try and get the performance we want and if it is good enough, good. We just want to walk away with no regrets.”