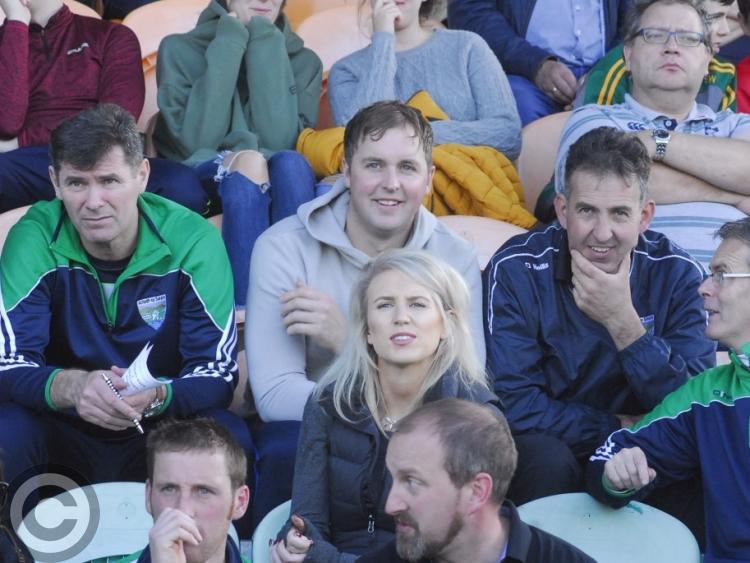 Aughnasheelin may be unbeaten going into next Sunday’s Fox Monumentals Intermediate Championship Final but manager David Casey stresses that his team have had more than a few close shaves.

“I know we’re unbeaten through the championship to date,” David told the Observer, “but performances weren’t up to what we wanted. Days when we thought we were really at it, we didn’t really perform and days when we were expecting to be under pressure, we really performed.

“But that’s just championship football, that’s the way it goes with injuries and you don’t know who you are going to have the next day. When you are dealing off 22, 23, 24 guys, you pick up two or three injuries, you are down to the wire.

“But there were games there I thought we were well fit to win and we came out of them by the skin of our teeth. The one thing I’ve seen in football, form means nothing, football is so unpredictable.

“They did respond and that it something they’ve brought to their game in the last year in particular. In our first game, we got a couple of goals and Aughavas it was the same thing but the guys have really stood up and responded.

And David pointed to the way favourites have fallen by the wayside to illustrate his point - “When we started off the championship, it is amazing the way the thing turns around. Drumkeerin were the team to beat, they were beaten finalists in last year’s final, championship got going.

“A few games into the group stages, Fenagh were unbeatable and they were the team, they had flair, they were fit. Leitrim Gaels have matched them and beaten those two, one after the other. They probably have a more impressive run to the final that we have.”