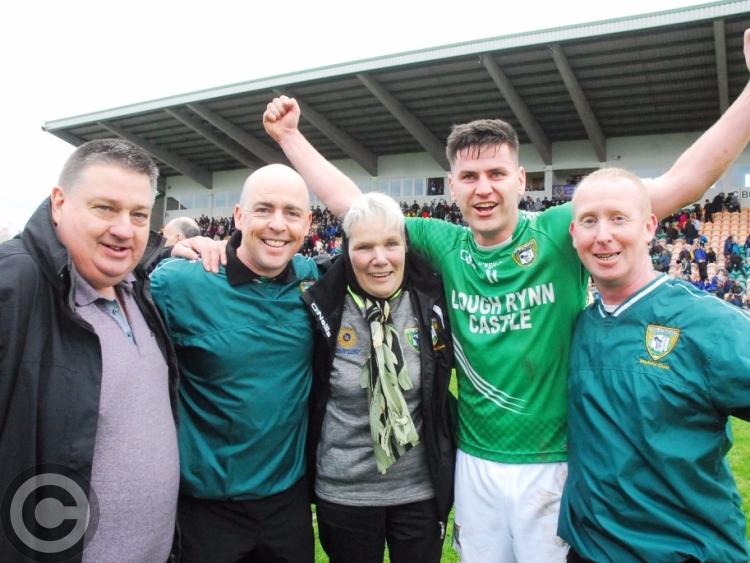 The fact that Mohill trailed by just two points during the halftime break of Sunday’s Connacht Gold Senior Championship Final was a source of consolation for manager Padraic Davis.

Glencar/Manorhamilton led 0-8 to 0-6 at the halftime interval before Mohill came out and dominated the second half, outscoring their opponents by eight points to three and winning the Club’s second title in three years.

So it is no surprise that the halftime talk featured heavily in the post match recollections of the Mohill players and manager Padraic Davis admitted that he was happy to go into the dressing room only two points in arrears.

“It was and I suppose we hadn’t played at all during the first half and we were only two adrift at halftime so that was encouraging,” recalled Padraic, “At that stage, our two sharp men inside, they weren’t really getting going, their defence was probably on top of them, they had flooded that area with bodies.

“At halftime, we sat down, we took stock, we knew it was going to take an unbelieveable performance and beyond to grab it by the scruff of the neck and we did that. I think we were probably unlucky we didn’t keep the scoreboard ticking over and push the lead on to four or five and make it a little bit easier on ourselves.

“But I suppose these boys don’t do that, it is Manor you are up against, they are going to take you right up to the last five minutes so we’re absolutely delighted, it is a huge achievement for them to do two in three and we can’t ask for much more than that,” concluded Padraic.