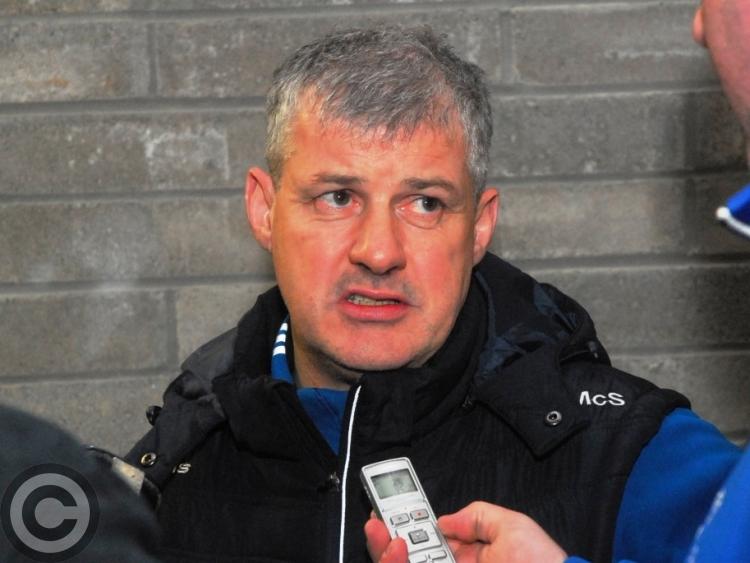 A comprehensive win might have a manager looking very happy but Roscommon’s Kevin McStay was not reading anything at all into Wednesday’s FBD Insurance Connacht League victory over Leitrim.

A 2-14 to 1-3 win in Leitrim GAA Centre of Excellence was a good start to the year and while the Roscommon boss was happy with aspects of the performance, the aim is very much on the start of the Allianz League Division 2 campaign against Meath.

“Overall, I’m happy enough, fitness levels are where we want them to be and we’re building towards Meath,” McStay told the media, “We’re playing NUIG on Saturday and all the lads who weren’t there tonight will play, they trained beforehand so everyone is getting into good nick and they are moving in the right direction.

“That is all you can ask at this time of the year, it is all Meath - Meath, Meath, Meath, that is the match that is going to count.”

Looking at the match, McStay joked that he might not make any substitutions in future after his team stalled in the second half - “First game under our belt, reasonably competitive, we had the hard work done by halftime I think because we had the elements in the second half.

“I thought we’d push on a bit better but there is still the issue of bringing on subs, I still haven’t figured it out and maybe I’ll leave all the subs at home and just stay with the same team.

“Very happy with the two goals we got in the first half, we did a lot of work on that and that was pleasing. And we had about 10 fellows who were around last year at all got really got minutes and happy with that as well. Quite happy overall, everybody did their cause a good chance.”

Giving players a chance to impress ahead of the Allianz League is the main aim of the FBD campaign - “The lads who are trying to put their hands up for the National League panel certainly did their cause no harm tonight.

“We can’t put new fellas looking to make a breakthrough out with 14 other new fellas, there had to be a structure, they has to be seven or eight of the main team there to give the new fellas a fair shot at doing well. I thought that worked very well for us, I’m happy enough but loads of work to do.”

However, there are areas that need work as the Roscommon manager highlighted the midfield sector - “The midfield still isn’t competitive enough and that is an issue, I mean Leitrim easily went 50-50 with us if not more. I thought we’d do better and I can’t fault the two lads there, they never stopped trying.

“We are fitter now this time around, we’ve a good few extra weeks work done now.

And McStay hoped that the talismanic Enda Smith would be back to top form soon after injury and illness - “I’d be worried about Enda Smith, you could see lumps of rust falling off him there, he has missed a lot between the Aussie Rules, getting a niggle and getting sick, he lost a lot of weight on the trip to Australia so we need to get him back and get minutes into him.”