Snow-go for Leitrim in Ruislip? 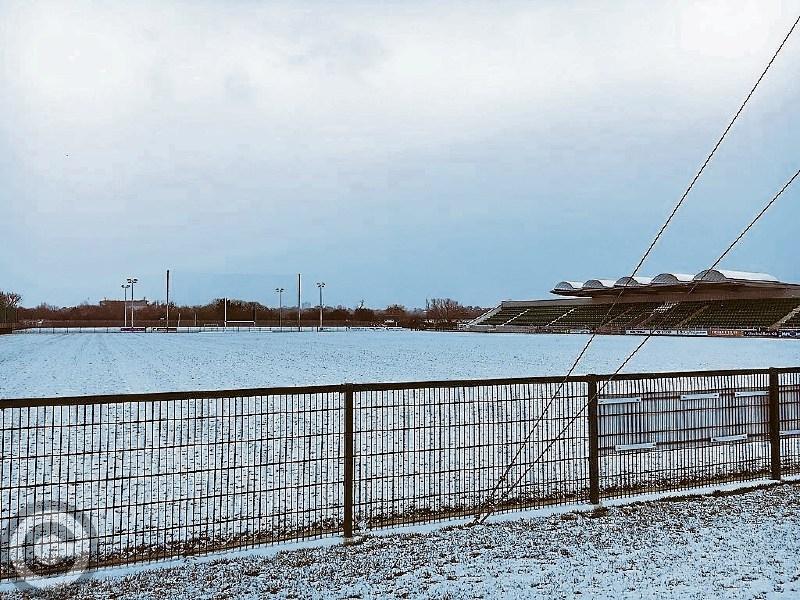 The pitch in McGovern Park Ruislip over the weekend

Refixed for the weekend of March 31 & April 1, Leitrim’s Allianz NFL Division 4 clash with London may not yet take place as some confusion still surrounds the Ruislip game.

On Monday, Croke Park refixed the postponed Leitrim v London game and the clash of Laois and Antrim for either Saturday, March 31, or Sunday, April 1, with the Division 4 Final moving back a week to either April 7 or 8.

However, a report by Colm Keys in Tuesday’s Irish Independent noted that “In the unlikely event that those two outstanding games are ‘dead rubbers’ when every other round is completed, the Division 4 Final would revert to it’s original date.”

Since the Leitrim and London game is unlikely to have any bearing on the Division Final, one wonders will the game even go ahead, particularly with the GAA’s own commitment to devote the month of April to the Club game in counties.

A Leitrim v London clash on March 31/April 1, would wipe out the first round of fixtures in the Dunnes Bar Division 1 & 2, and with the Connacht Championship clash in New York on Sunday, May 6, Leitrim GAA chiefs may prefer to see the round of club games go ahead rather than the London clash.

Leitrim manager Brendan Guckian may prefer to have the game but much will depend on what is now a competition within a competition as Laois, Carlow and Antrim all play each other in the final three rounds of the League.

As it stands, Leitrim and Antrim are the only two Division 4 teams not in action this weekend and the Glensmen trail both Laois and Carlow by a point at the top of the table.