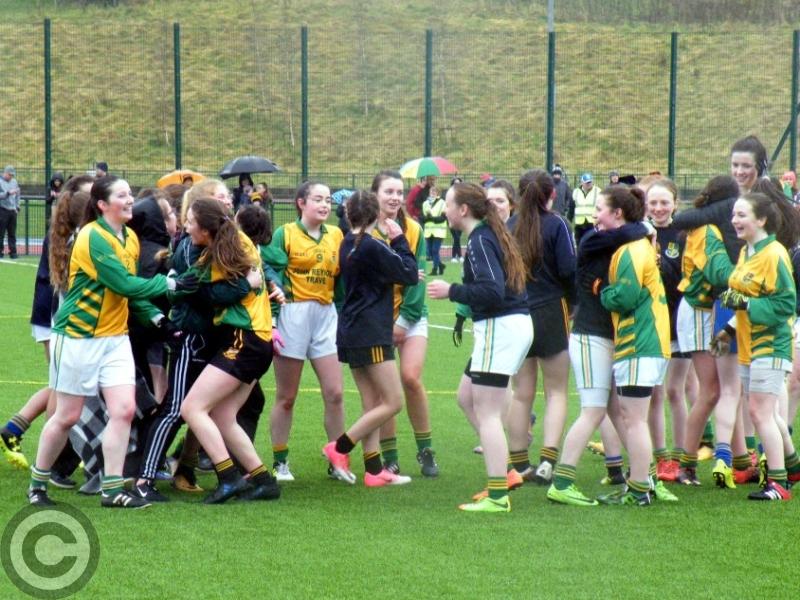 Played on the 4G surface at the superb Peace Link facility in Clones, St. Clare's got off to a blistering start with three goals inside the first five minutes, two from Muireann Devaney and one from Rachel Conlon.

A highly rated St. Dominic's were rattled and two further goals from Devaney, who hit the net eight times in the Connacht Final victory over Ursuline Sligo, gave the Leitrim school a commanding 5-4 to 1-3 halftime lead.

Devaney would go on to add her fifth goal, the second from the penalty spot, eight minutes into the second half and although that gave the Manor side a 18 point lead, they were never able to relax against a St. Dominic's side who refused to give up and created some good chances.

In a game that was a lot closer than the scoreline suggests, St. Dominic's dominated a lot of possession but what kept them out was a combination of brilliant defensive work from the back six and some wonderful saves from keeper Chloe McPartland.

St. Clare's now go on to play St. Mary's of Middleton in the All-Ireland Final, provisionally fixed for Sunday, April 15.

SEE NEXT WEEK'S LEITRIM OBSERVER FOR A FULL REPORT