Carlow success points the way for small counties with ambition

A losing mindset can be a tricky one to shake off. But losing is an outcome rather than a way of doing things 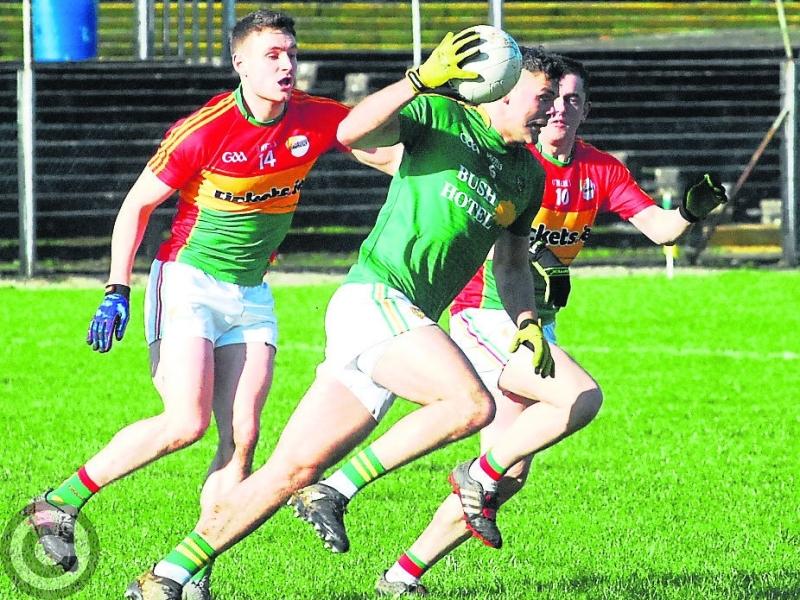 Carlow’s promotion from Division 4 of the NFL last weekend brought a smile to my face. How wonderful to see their efforts and progress over the past few seasons come to such a fruitful conclusion.

They have waited 33 years for the right to exit the lowest division in the league. And they earned it.

Their trajectory under former player Turlough O’Brien has been steady and purposeful. Their second half display against Leitrim in the Qualifiers last year revealed a team with intent and dynamism.

When they returned to training before Christmas last year they set a definitive goal – to win promotion from Division 4. They agreed to work towards it with a positive attitude and relentless effort and unity. We can take great learning, hope, and example from them.

One of my first games for Leitrim was against Carlow in Pairc Sean and we annihilated them. That was the way of things then. But things change. Sometimes at your own hand, sometimes at the hand of another. And sometimes, as Pearl Jam’s Eddie Vedder sang, you change by not changing at all. In other words, if you stand still, the world will move on around you.

In change theory, particularly that espoused by renowned theorist Kurt Lewin, the first step necessary for the implementation of successful systematic change is recognise that change is necessary. I believe we have reached that state in Leitrim. Lewin called it unfreezing – a desirable state considering the current weather we are experiencing; never mind the poor run of season’s we’ve endured.

We all become frozen in certain behaviours and mindsets. A losing mindset can be a tricky one to shake off. But losing is an outcome rather than a way of doing things. That’s an important differentiation. All you can definitively change is the way you go about your preparations (in training and all other aspects of your life) and how you implement your learnings in any given match. If your preparations have been correct – and therefore changed for the better – then you increase the chances of a better outcome: winning.

There is no way to guarantee winning any game. But if you know that you have done everything in your power to prepare yourself in the best possible way, you are more likely to bring a positive and winning attitude to game situations; and with the benefit of such confidence, you will execute your learning and skills more consistently and to a much higher degree. This in turn increases your chances of success.

Having recognised the need for change, the next step is to move towards and implement the new, desired level of behaviour. This must be accepted by all, with those resistant to the change rooted out. Leitrim has had difficulty with this stage in the recent past.

A number of management teams have attempted to implement the new model – the desired level of behaviour – only for it to be resisted by some. If those few are influential enough, the norm will continue and attempts at change will fail. Leitrim’s recent norm isn’t good enough any longer because the world of inter-county football has moved on. Leitrim has stood still.

Once change is successfully introduced, the new must become the norm. We need only look over the county’s northern border to Donegal to see this in effect. Jim McGuinness raised standards to such a level in the county, everyone is now pushing to maintain them.

Gone are the days when Donegal was known as an also ran county, with some of their players in it as much for the session after matches as for the training sessions. Their coaches have also become as competitive as the players in their efforts to better themselves and in their eagerness to work with development squads. McGuinness’ legacy extends beyond an All-Ireland title: he left behind a culture of excellence.

But there is hope for Leitrim too, and Carlow’s achievement has highlighted this once again. The County of the Fighting Cocks, a dual GAA county of just 60,000 people, have shown their spurs and we should take great notice and remind ourselves that, such success is within our gift. Anything is achievable. You just need the right attitude.

(This week’s column was written before Leitrim’s rescheduled match with Waterford.)