Mohill and Glencar/Manor send out message 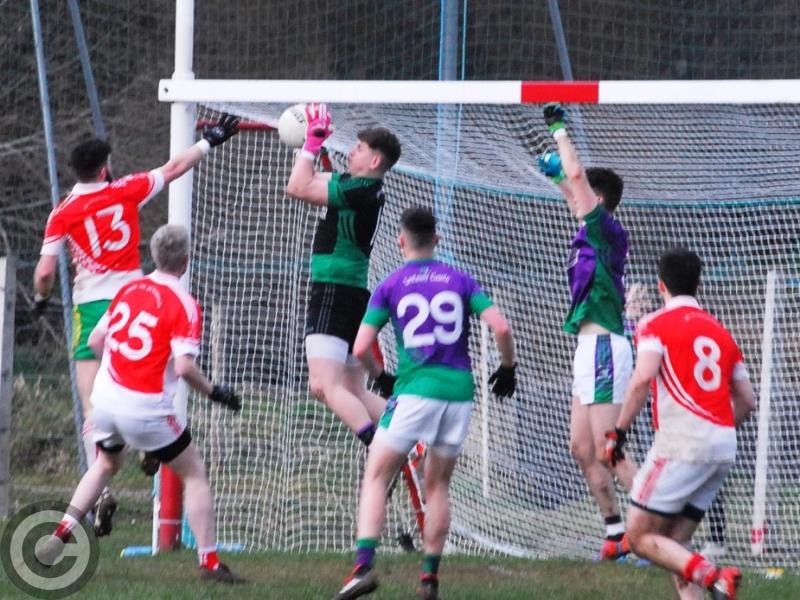 Mohill and Glencar/Manorhamilton sent out strong messages that they will be at the business end of the Dunnes Bar Division One with impressive wins in the second round of the League.

Under new manager Frank Browne, defending League champions Mohill have not missed a beat and they saw off the challenge of Aughawillan on Saturday night to record their second win of the campaign, the seeds of their 2-11 to 0-11 victory sown in the first half as they led 1-9 to 0-4 at the break.

Glencar/Manorhamilton handed Aughnasheelin their first defeat of the campaign, a heavy 6-16 to 0-9 defeat as Shane Ward's charges led 3-11 to 0-4 at the break.

Ballinamore Sean O'Heslin's also recorded their second win of the campaign with a 3-9 to 0-11 victory over Melvin Gaels, a second defeat for the Kinlough men.  Three second half goals from Keelan McHugh and Mark McGrory (2) ensured the win for Ballinamore.

St. Mary's Kiltoghert got their first win of the campaign when they defeated Fenagh St. Caillin's 3-8 to 0-12 while Gortletteragh also picked up their first win with a 1-13 to 1-6 victory over Drumkeerin.

In a very entertaining game in Ballinaglera, the battle of the promoted sides saw Leitrim Gaels prevail by the narrowest of margins 1-13 to 0-14. Enda Moreton scored a screamer of a goal in the first half while Brendan Flynn made a fantastic save to deny Wayne Reynolds a goal in the second half. (See next Wednesday's Leitrim Observer for full report).

In the big local derby in Dromod, Annaduff took the bragging rights with a 1-12 to 1-9 victory over Bornacoola. An Eoin Gill goal in the first half pushed Annaduff into a 1-6 to 0-1 lead but Bornacoola fought back, Brian Conroy getting a goal five minutes into the second half to cut the gap back to three points.

The Bors were unable to close the gap any further and Annaduff picked up their second win of the campaign while Bornacoola have yet to win a game.

And Drumreilly picked up their first win when they had ten points to spare against Cloone, a 4-9 to 1-8 victory seeing them home.