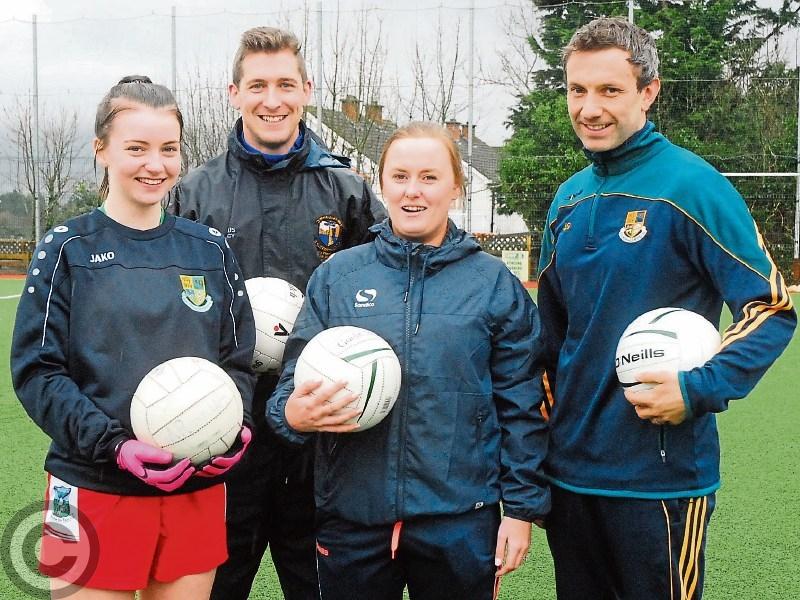 There will be an exodus from Manorhamilton to Ballinasloe next Sunday when the footballers of St. Clare's Comprehensive School bid for All-Ireland glory.

Leitrim school teams appearing in All-Ireland Finals are a rare occurrence and the Manor girls will be determined to follow the example of Ballinamore PPS who won an All-Ireland D Final in the early 2000s while Marian College and Ballinamore PPS Girls also contested finals.

St. Clare's manager Danielle Nolan is confident her team can taste glory - “It is a fifty fifty chance with any game, anything can happen on the day, it is massive for the school. It is the first time any school gaelic team has ever been in an All-Ireland Final.”

And captain Laura Fowley also believes her team can taste glory - “I’m delighted, it is such a good opportunity for the school. I’m really looking forward to it. It will be a big challenge but the whole team is so enthusiastic and work really well together.”

St. Mary's Midleton beat Athlone CC in their semi-final by five points and will pose a stiff test for the Manorhamilton school.

See this week's Leitrim Observerfor more from the St. Clare's CS camp ahead of next Sunday's All-Ireland Final.