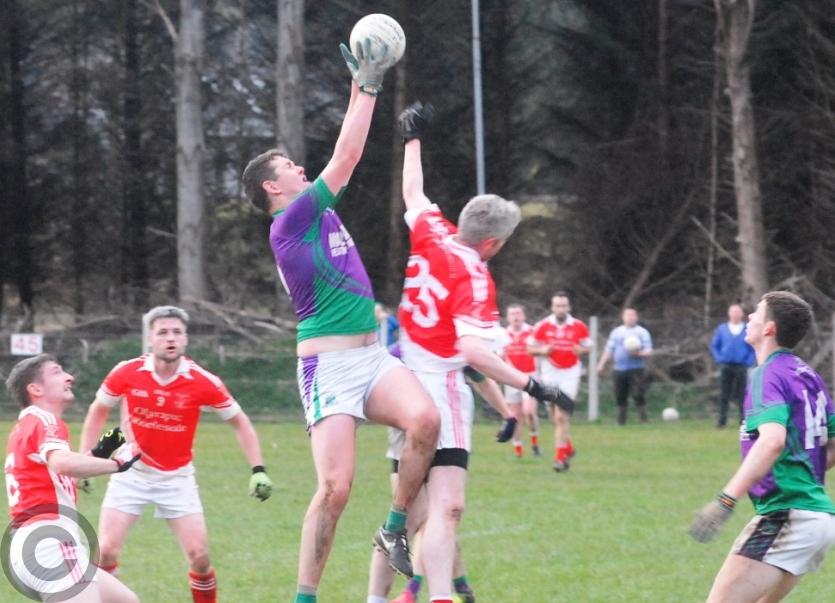 Annaduff took the bragging rights against Bornacoola with a hard fought derby win while Allen Gaels and Kiltubrid picked up their second win of the campaign.

Annaduff started strongly with a goal from Sean Duignan on ten minutes to lead 1-6 to 0-1 after 20 minutes. But typical of a derby, the Bors lifted themselves before halftime to leave the lead at 1-4 to 0-4.

A goal from sub Brian Conroy got them back in contention five minutes after the break as Bornacoola closed the gap to a point. And Bornacoola were denied a win when Damian Moran’s late goal-bound shot was saved by sub keeper Shane Cox.

Allen Gaels had a hard fought 2-9 to 1-9 win over Carrigallen, goals from Ciaran Walsh and Caleb Duffy proving crucial. Carrigallen started best and led by three points before Walsh converted a penalty. Carrigallen then scored their own spotkick to leave 1-7 to 1-3 at the break.

Duffy’s goal seven minutes into the second half transformed the game as Allen Gaels would go on to hit five points in ten minutes to one from Carrigallen to  win the game.

Kiltubrid also maintained their 100% start to the Division with a four point win over St. Patrick’s Dromahair, a strong result that sets them up nicely for a meeting with Annaduff next Saturday.

Drumreilly recorded their first when four goals proved the difference in their meeting with Cloone, a first defeat for Cloone who will be looking to get back to winning ways against Glencar/Manor’s second string team who lost an incredibly high scoring contest to Mohill’s second string by a point, an amazing final scoreline of 4-13 to 2-18.

The final game of the Division saw Ballinamore Sean O’Heslin’s win the battle of the second strings against Melvin Gaels, a big 5-13 to 0-12 win landing their first win of the Division. The victory also moves them into fourth place in the table.