St. Clare's Ladies success a testament to work of clubs 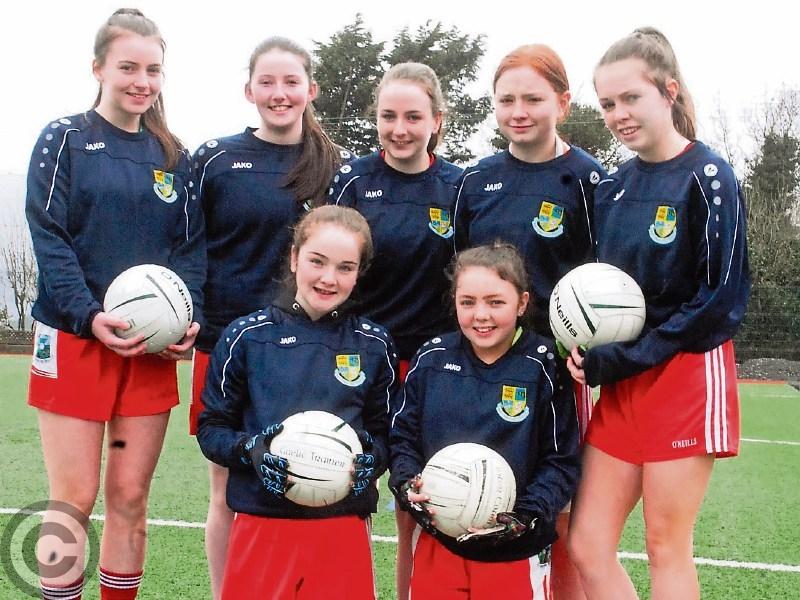 It takes a village to raise a child is an old proverb but when it comes to a School team, it take a lot of work in a lot of clubs to achieve success. At least that seems to be the view of St. Clare's CS coach James Glancy.

As the Manorhamilton school prepare for their first ever All-Ireland Final next Sunday against St. Mary's HS Midleton, the former County star and Leitrim Games Development Officer proclaims - “In times like this, it is just a finishing touch being put to the work done in the clubs and a lot of the credit has to go to the coaches in the clubs.”

It is a theme that the former Leitrim captain obviously feels strongly about as he talks extensively of the work being done with the clubs in the area - “The girls here are representing their clubs, Glencar/Manorhamilton, Dromahair, there are girls here from Shannon Gaels, Glenfarne so it is really good that they are able to come and represent themselves at this level.

“We’re just very lucky that we have a good crop of girls there who have good experience down through the years. They’ve given a fantastic account of themselves, their families, their clubs and in particular the school they are representing and hopefully on Sunday, they’ll get over the finish line.”

And James praises Cavan club Shannon Gaels in particular - “There is great work done in Shannon Gaels, I know when I was in St. Clare’s, there was no ladies football but the best footballers were had were from Shannon Gaels. They’ve just been decimated by emigration over the years.

“It is very difficult with the Croke Park hours to get time in the schools and hopefully with the success that these girls have had, they won the D last year, they won the Connacht C and to get to an All-Ireland Final is a massive, massive achievement for the School.

“The people who have to take the credit are the clubs, Ms Nolan, Ms O’Rourke who is out on maternity leave at the moment, Shane Ward, Mr Irwin who lets us do everything because if you don’t have a principal who give you the time that you require in the school, you are going nowhere.

“He has to take the credit for the way he has led the school in all aspects, not just in football.

As for the Final and Cork opponents St. Mary’s HS Midleton, James is concentrating on his own team first and foremost - “We know absolutely nothing at all about Midleton but we knew at all about any of the teams we have come up against.

“I know it is an old cliche but we are actually just worrying about ourselves and focusing on what we have. We have some very talented footballers all over the field, we’re not just a one person show.”

A prediction? “I suppose you have to be confident in your team’s ability, I’d be very confident in the girls. I’ve seen them through the club scene, the community games, a lot of these girls have played together. All these players play with the lads underage and you can see the benefit to them. It is a credit to them.

“A lot of the Dromahair and Manorhamilton girls have played together in community games and I would have attended a lot of them games and seen how good they are. It is good to actually see the three, four clubs come together and you can see a real benefit that way.”