Small is beautiful for Leitrim School in All-Ireland Final 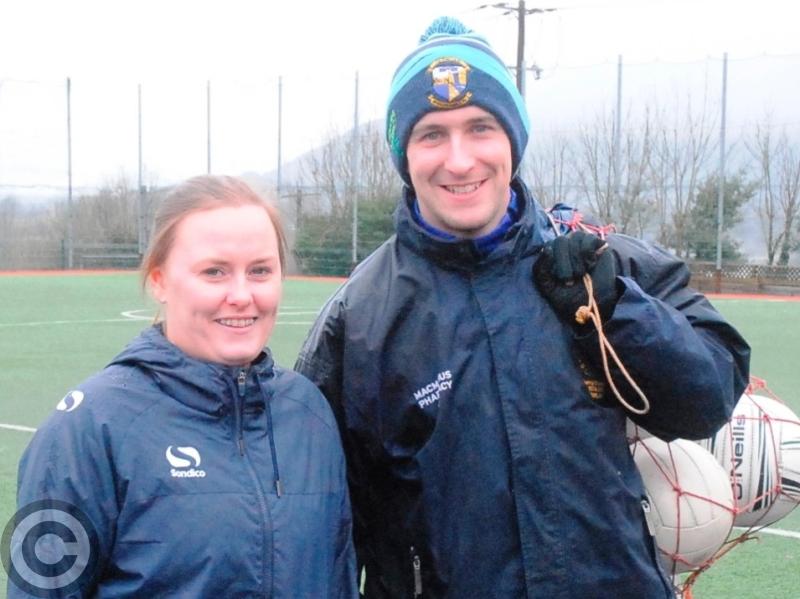 Small may just be beautiful according to St. Clare’s CS manager Danielle Nolan as her side come up against St. Mary’s Midleton in next Sunday’s Lidl Ladies All-Ireland Post Primary Junior C Final in Ballinasloe.

The Manorhamilton school defeated the 1,000 strong all-girls St. Dominic’s of Belfast in the semi-final and face the 650 plus Midleton school in the final, a contrast with the 500 mixed St. Clare’s enrollment.

But their small size is an asset according to Danielle who points to her native Shannon Gaels club in Blacklion as an example - “With the Shannon Gaels girls, it was nice to get involved because I know them outside of school.

“A lot of people say you’re Cavan and you say Blacklion and they don’t know where it is, apart from Neven Maguire. But I suppose it shows it doesn’t matter how small of a club you have, if you’ve got the determination, the commitment and the attitude that these girls have, that is all that matters.

“It is nice to see small clubs like that, we’re struggling ourselves at club level, involved in a team like this. The majority of them are involved at County level, the same with the Glencar/Manor and Dromahair girls, so they’re not just representing the clubs and schools, they’re representing their county.

“Our pick is a lot smaller but we keep telling them that attitude is the main thing, they have the skill, they have the ability so if they bring the right attitude to the Final, hopefully we will come out with a win.”

Pulling together three clubs for a school team is difficult particularly when so many of the players are involved in other sports - “There were a couple of snow days for us that did us the world of good because the girls are playing both soccer and gaelic football so it was a bit of a break that we really needed.

“The Easter break helped as well so that we could come together out of school, meet up and get the attitude right. It is a massively young team, made up mainly of second and third years so it is nice to see them doing really, really well at this level of football. You’d be hoping next year, it is mainly the same team, we’d only be missing one or two.”