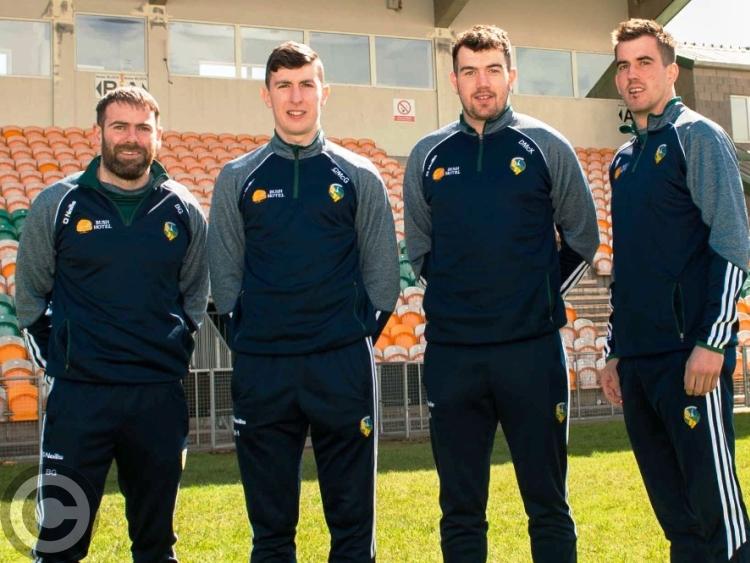 Dublin born and Leitrim proud, Brendan Gallagher leaves nobody in any doubt exactly what donning the Green & Gold jersey means to just one of the many sons of Leitrim exiles in the country’s capital.

With his mother hailing from Mohill, Brendan’s pride in pulling on a Leitrim jersey shines through - “I absolutely love coming down. At times like this, I try and stay down for a night, I just love coming down, playing and representing Leitrim and getting to meet up with the lads.”

In fact, Brendan goes further to leave nobody in any doubt as to how much it means to him to play for Leitrim - “It has been a privilege and an honour to play with Leitrim over the last two years and it is something I look forward to doing for hopefully as long as I can because I really do love what I’m doing right now.”

The demands of inter-county football are hard for any Leitrim footballer but for a Dublin native, making that commitment takes a very conscious decision to sacrifice so much in pursuit of sporting glory for another county.

“I’m not going to lie, it can be a chore at times, it is difficult when you finish a day’s work and you’re looking into training that evening. But if I wasn’t enjoying it, I wouldn’t be doing it. I enjoy coming down, we’re well looked after by the boys and the County Board, I can’t complain, I’m happy and I’m enjoying it.”

Travelling Stateside presents a lot of different challenges but one that Brendan and his team-mates are embracing - “Obviously there are a lot more variables with the distance we have to travel and stuff like that but it is a challenge we look forward to.

“And not just looking forward to, we’ve been working hard over the last couple of months and there will probably be a bit of pressure on us going over as well, New York will be eyeing us up  but that is a challenge we’re going to take head on.”

The talk of a New York ambush has been hard to avoid in recent months but Brendan stresses that Leitrim have to get themselves right first and worry about the opposition after that - “We’ve tried our best to block it out but obviously, it does be in the back of your mind.

“But again, it is no different to playing any other team, they are always going to have one or two high profile players that you have to deal with, you have to manage and any team you go out to play, they will have those type of players.

“We’re more than happy to take them on and go at them. We’re going out to get the win and hopefully we will. We understand there will be pressure but we’re more than looking forward to getting a win,” promised Brendan.