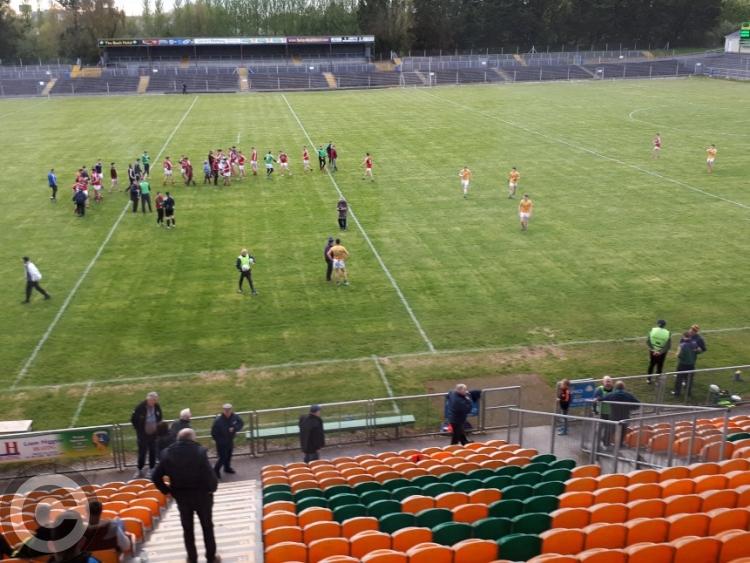 Mayo were always in control and would have been far more comprehensive winners had they not missed a succession of good chances over the hour.

Leitrim actually opened the scoring with a Cathal McCrann free on six minutes but only after Mayo had three wides but once T.J. Byrne put over their first point on nine minutes, the visitors soon took on control with six points in as many minutes.

Leitrim almost got back into the game when Robbie Cunningham worked a great goal chance for himself on 17 minutes but the Dromahair man's shot cannoned off the crossbar with Conor Reynolds' follow-up blocked.

Reynolds did fist over a point two minutes later but for every point Leitrim got, Mayo responded with two more, something that occurred when sub Nevin O'Donnell put over a late free with Mayo hitting two in injury time to lead 0-10 to 0-3 at the break.

Mayo stretched the lead to ten points early in the second half before Leitrim had their best spell of the game, coinciding with a few Mayo switches, as Conor Dolan, O'Donnell, Cunningham and two more O'Donnell frees cut the gap back to five points with less than eight minutes to go.

But Mayo were never going to let Leitrim have any glimmer of hope and four unanswered points at the end ensured a nine point win for the visitors.