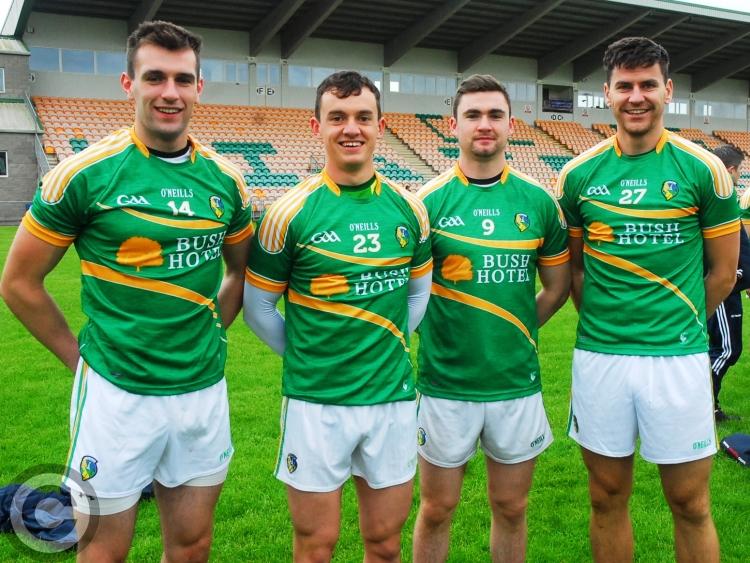 The young Mohill footballer, speaking at the launch of the Esquires Longford Leitrim U12 Cross-border League, is pushing hard for his first Championship appearance but knows that even if he doesn’t get on the field, he and others are playing a vital role.

“The main aim is to break into the starting 15,” James told the Observer of his ambitions with Leitrim before adding “I was in for the first few League games and disappointed to be out but the subs are driving it as well.

“If they are not pressurising the starting 15, they are going to drop their standards so that is a huge thing from the squad to try and keep pushing.”

And there is no doubt that James is relishing the chance to face Roscommon in a Championship Semi-Final at home in Carrick-on-Shannon - “Roscommon in Pairc Sean is every Leitrim footballers dream, especially a Saturday evening, it is peak championship time.

“A Connacht Semi-Final in Pairc Sean against the Rossies is a huge task for us but it is something I’m really looking forward to.”

Looking back on the League, James believes the return of Ronan Kennedy, Emlyn Mulligan and Paddy Maguire has been huge for a young team, not just on the field but in terms of leadership and experience.

“We got off to a poor enough start, the first three League games we weren’t in a good place but when the other lads came back in, Paddy, Ronan and Emlyn, it settled the whole thing back and it picked us up.

“That is the one thing we were lacking - experience. A lot of talent there, the youth was there but the like of those lads coming back, they have huge, huge experience. You’d find it in training and in games, like just settling us down in different scenarios, is a huge addition to us.”

A student in IT Carlow, playing football for Leitrim is a huge commitment for the Mohill man  but it is one he enjoys - “The travelling is a huge thing, I’m in college in Carlow and it is the same with a lot of lads. Everybody works together, we meet sometimes and carpool and that takes up a bit of the burden off.”

Yet James admits that he does not mind making the huge sacrifices involves - “But everyone is in the same boat, everyone is giving up social life and things like that but it is all for the cause.”

Roscommon represent a  major step up from New York and James is all too aware of that but the young defender believes that Leitrim are capable of rising to the occasion and delivering a good performance against the Connacht Champions - “To get the win against New York was huge and going into the Roscommon game, we’re in a very good place.

“That is the one thing about New York, there was a lot of pressure on us but since everyone has kind of written us off so far, at least we have taken that pressure off us so far. Performances the last two or three years haven’t been good enough so the one thing we are aiming for is to get a good performance in and try to get a better result. We would be confident going into it.”