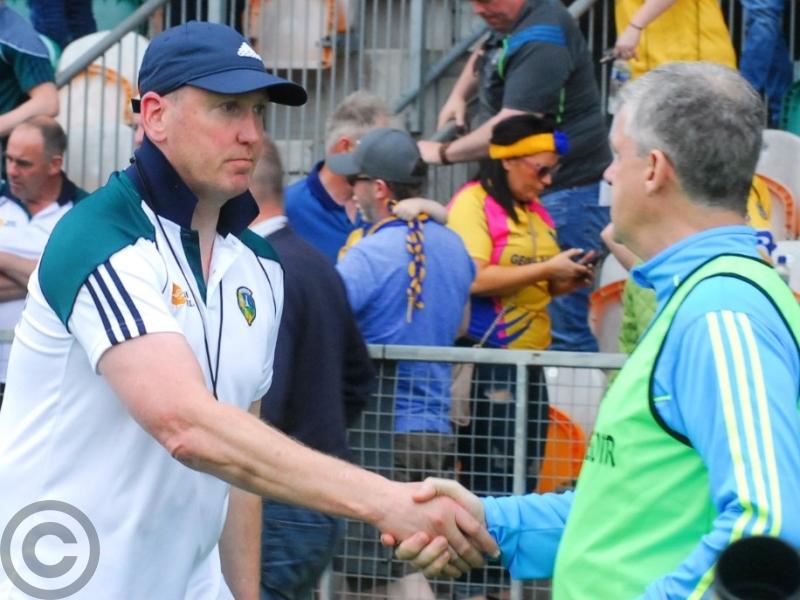 Simple bare facts tell the story of last Saturday’s Connacht Senior Championship Semi-Final against Roscommon and for Leitrim manager Brendan Guckian, it was simple - Roscommon took their chances and Leitrim did not.

It is hard to face the media after all your best laid plans go awry and after patiently and, it must be said, painfully dissecting where it all went wrong for local radio, Roscommon and National media, it would be easy to forgive Brendan Guckian if his patience was gone by the time the Observer came calling.

But typical of the man, Brendan took the questions and answered them honestly and clearly, despite the clear pain he was feeling at the 14 point loss, and his first words perfectly summed up the game.

“The difference was the quality in their forward line, any chance they got, they took it and they scored. We missed a couple from play, we missed a couple of frees and we had a goal chance and if we had gone in within two or three points at halftime, confidence would be up.”

If there is a more succinct summation of the game, I’ve yet to see it but Brendan also acknowledged Roscommon’s superiority - “In saying that, the first ten minutes of the second half, they went at us and we struggled.

“We tried to get a lot of men behind the ball because we didn’t want to concede goals, goals killed us last year, but at times we didn’t press high enough up the field and when you have quality like the Murtagh brothers and the Smith brothers, they’ll kick points from 40 metres which they did today.

“They are a Division 1 team for a reason, they are a quality side and they’re forward line is, as a unit, probably the best in Connacht, they have serious forwards. I thought at times our backs dealt with them reasonably but at times, we didn’t press them high enough up the field.”

And Brendan believes that when Leitrim finally dust off the disappointment from Saturday’s loss, the Qualifiers offer the chance for further development - “Look the lads have to keep at it, that is all they can do but they are that type of group, they will keep at it. They are not just going to throw-in the towel.

“Obviously we are going to have difficult opposition in the Qualifiers because it is round two, the opposition is obviously going to be of a higher quality but we will regroup on Tuesday and we just have to go at it again.

SEE MORE FROM BRENDAN AND SATURDAY’S CONNACHT SEMI-FINAL IN NEXT WEDNESDAY’S LEITRIM OBSERVER AND AT WWW.LEITRIMOBSERVER.IE