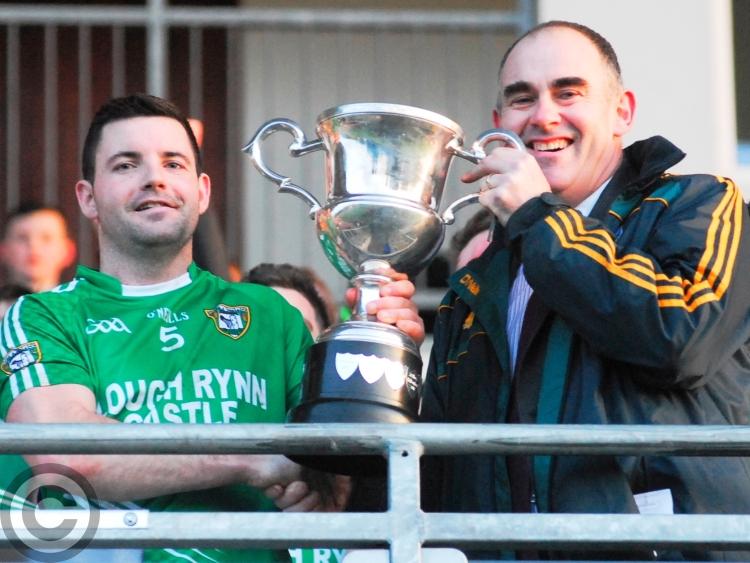 Despite Mohill losing their appeal over the awarding of their League match against Ballinamore, Leitrim GAA have decided to postpone the next round of Division 1 & 2 games due to be played without County players.

Controversy erupted when reigning League & Championship winners Mohill failed to field for their Division 1 clash with Ballinamore Sean O'Heslin's on May 19, leading them to threaten to withdraw their players from Leitrim squads in the future (click here).

After a broadside against the County Board before the Roscommon match (click here), the Mohill Club lodged an appeal with the Connacht Council against the decision to award the game to Ballinamore but lost that appeal last Thursday and, at the time of going to press, have not lodged a further appeal against the decision.

However, in a further twist in the story, Leitrim GAA County Board informed clubs on Monday that the next round of Division 1 & 2 games due to be played without County players on the weekend of June 16 & 17, had been postponed due to the absence of a penalty clause in the competition regulations.

It is believed that Mohill GAA Club, who declined to comment when contacted by the Observer on Tuesday, may examine what avenues are open to them after the decision to postpone the games.

Speaking to the Observer on Tuesday morning, County Board Chairman Terence Boyle said “The problem is that if a club flouts the laws in relation to playing without County players and if some of them played, basically our hands would be tied, there is not a thing we can do about it.

“Mohill lost their appeal on the grounds that our notifications were in order, our passing of the motion was in order and our paperwork was in order. But there was an anomaly found in relation to our regulations for playing the game without County players that we had no penalties clause.

“To avoid anything cropping up before we get our paperwork organised, we’re not holding that round. Our paperwork was fine to play the game but a problem would arise if someone flouted it and played some of the County lads.”

Terence denied that the decision to postpone the next round of County-less games could have an impact on Mohill’s lost appeal - “No, they brought the case for the last round and they lost, they had three days to appeal it and no appeal has been lodged, not that I know of.

“Under the rules, you can’t appeal the scheduling of fixtures. That round of games is 100% that is fine. Our paperwork was fine to play the game but a problem would arise if a club flouted the laws in relation to playing without County players.

“If some of them played, basically our hands would be tied, there is not a thing we can do about it. You can’t bring in penalties in the middle of the competition, you have to do it before the competition starts.”

Terence reiterated his sympathy of Mohill’s position with so many players on the County team but believes that the controversy means the County Board will revisit the idea of reducing the amount of teams in the Senior League and championships in the future.

“Absolutely, any club in the county can ill afford to do without the quality of players they were missing. I think this has opened up a discussion about the size of our Leagues. I think there was a motion on the Clar last year and there probably will have to come in a motion to reduce the size of the Leagues.

“We’re going looking at it again before the end of the year and we’ll be going to clubs with another proposal before Convention about the size of our Leagues in a bid to avoid what happened this year.”