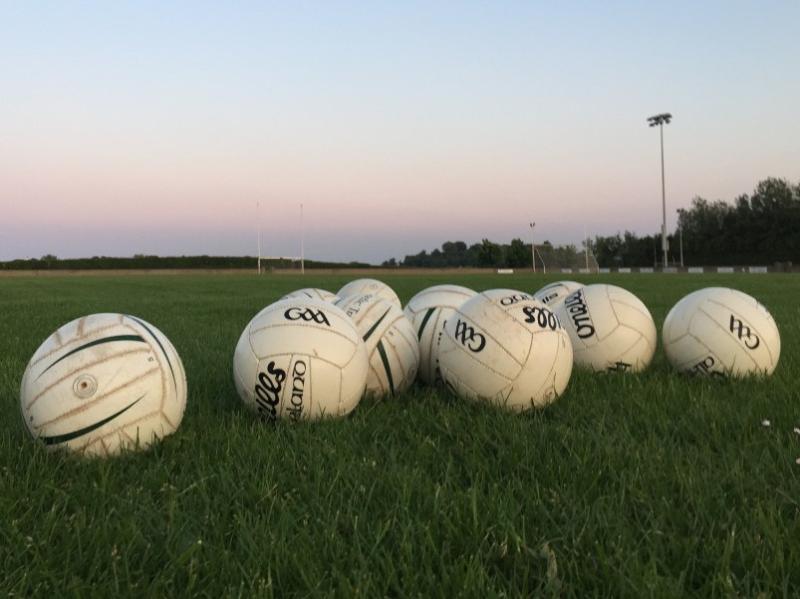 Mohill's hopes of retaining their Dunnes Bar Division 1 title received a massive boost on Wednesday evening when the three-in-a-row champions handed undefeated Glencar/Manorhamilton their first loss of the season.

It got even better for the defending champions on a dramatic night as St. Mary's defeated second placed Ballinamore to bring themselves into contention while Aughawillan remain in the relegation zone despite a big win over Melvin Gaels in Kinlough.

Division 2 was no less dramatic with Annaduff the biggest winners when Allen Gaels and St. Patrick's Dromahair drew 0-11 to 1-8 in the north Leitrim village.

But the big drama is in Division 1 where Glencar/Manorhamilton suffered their first defeat at the hands of Mohill, 1-11 to 2-6, a two point win that reignites the battle for the top two places in the Division.

With Ballinamore Sean O'Heslin's suffering a 2-14 to 0-12 defeat away to St. Mary's Kiltoghert, Mohill are now just four points behind Glencar/Manorhamilton and a point behind Sean O'Heslin's in second place.

Fenagh-St Caillin's continued their push up the table with a narrow 1-10 to 0-12 win over Drumkeerin, a result that leaves the North Leitrim side in the bottom two of the table. Aughawillan's win lifts them to fourth from both but level on points with Aughnasheelin who repeated their Intermediate Final victory over Leitrim Gaels with a 1-14 to 1-13 in Leitrim.

Gortletteragh's 3-10 to 1-9 win over Ballinaglera also keeps them in contention while leaving Ballinaglera stuck to the bottom of the table but just one win away from being level with with Aughnasheelin and Aughawillan on points.

Aughawillan's 2-17 to 1-13 win over Melvin Gaels lifts them out of the bottom two but far from safety yet while it almost certainly ends any outside hope the Kinlough men had of contesting promotion, maybe even drawing them into the battle for survival.

But there is a right log-jam behind the top two with Mohill joined on ten points by St. Mary's Kiltoghert, Gortletteragh and Fenagh St. Caillin's and with all clubs having three games to play, it means the battle for the top two spots is far from done.

In Division 2, Annaduff are just one point away from promotion back to Division 1 after Allen Gaels and Dromahair fought out a draw in Dromahair, the Drumshanbo men showing great spirit to battle back to snatch a 0-11 to 1-8 draw.

The draw keeps the Drumshanbo men's hopes alive but facing Annaduff this Saturday coming, albeit in Drumshanbo, they will need a positive result to keep their promotion hopes alive.

Cloone look as if they are rounding into form ahead of the championship with an impressive 3-13 to 2-6 win over Bornacoola but they cannot catch either Annaduff or Dromahair so promotion is over for them and Kiltubrid who both have 10 points.

Next Saturday's games feature some big match ups in Division 1, Ballinamore needing a win over Ballinaglera to get back on track while Glencar/Manor will be looking to do the same when they host Leitrim Gaels. St. Mary's host Aughawillan and Gortletteragh have a derby with a resurgent Mohill.

The Division 1 programme is rounded out by the meeting of Drumkeerin and Melvin Gaels and Aughnasheelin against Fenagh St. Caillin's, the last game important at both ends of the table.

In Division 2, Dromahair will look for a win over Drumreilly to keep their promotion push alive while Allen Gaels must win against Annaduff if they are to be promoted. Carrigallen may need the points to draw clear of the relegation zone as do Ballinamore against Kiltubrid while Glencar/Manorhamilton and Bornacoola meet on Sunday.