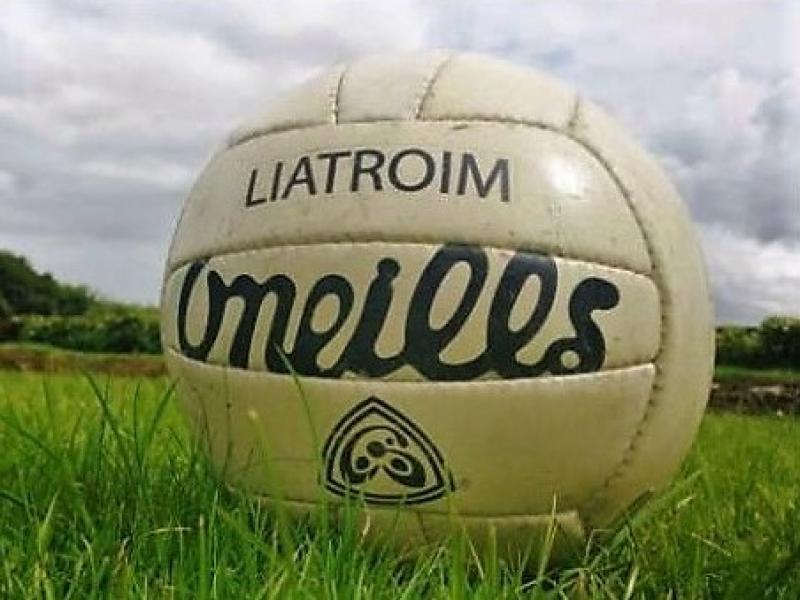 The final round of group games in the 2018 Connacht Gold Senior Championship provided plenty of intrigue, twists and turns but at the end of six games played in atrocious weather, there was no doubt that Drumreilly and Aughnasheelin were the big losers on the night.

Drumreilly were in a winner takes all encounter with Gortletteragh in Group 1 in Cloone while Aughnasheelin were caught up in a three-way tussle with Melvin Gaels and Allen Gaels in Group 2 and the results provided plenty of twists and turns.

In the end, Aughnasheelin’s fate was sealed not by their loss but by a late Allen Gaels goal that gave them a scoring difference of minus five to Aughnasheelin’s minus eight.

Drumreilly went down to an early John Reynolds goal for Gortletteragh but got themselves back into the game with a fabulous James Holohan fisted effort. Level midway through the first half, Drumreilly couldn’t match Gortletteragh all round strength and the accurate freetaking of Francie Flynn.

Flynn would go on to score nine frees over the remainder of the game as Drumreilly were left to rue a missed penalty ten minutes into the second half when they trailed by eight points. As it was Gortletteragh were comfortable, winning 2-18 to 2-6 to book their Quarter-Final spot.

With Mohill defeating Ballinamore Sean O’Heslin’s 0-14 to 1-7 to top the group and Aughawillan taking second spot thanks to a 4-17 to 1-4 demolition of St. Patrick’s Dromahair, Gortletteragh actually leapfrogged Ballinamore to take third spot in the group.

In Group 2, the three way drama was complicated by the fact that Glencar/Manorhamilton didn’t need a win against Allen Gaels. They led 0-8 to 0-3 at the halftime break with the north Leitrim men missing a penalty while they also hit the crossbar.

A second half Allen Gaels goal ensured a 0-16 to 1-8 victory for Glencar/Manorhamilton with both teams going through to the Quarter-Finals.

But the big game in the group was the meeting of Aughnasheelin and Melvin Gaels - a point would have been enough to see Aughnasheelin through they looked on course as they led the Kinlough men 0-7 to 0-5 at the halftime interval.

However, the Kinlough men, celebrating a victory in the U17 Championship Division 2 FInal earlier in the day, stormed back in the second half as they turned their two point deficit into a two point victory, 0-11 to 0-9.

And by virtue of their 3-14 to 0-8 victory over bottom side Bornacoola, compared to 1-17 to 0-0-13 for Aughnasheelin, their superior scoring difference carried them into the Quarter-Finals.

In the final group game, St, Mary’s made a lot of changes but still overwhelmed Bornacoola 4-17 to 1-9, the Bors scoring their goal in the final minute of normal time.

The final results are as follows: