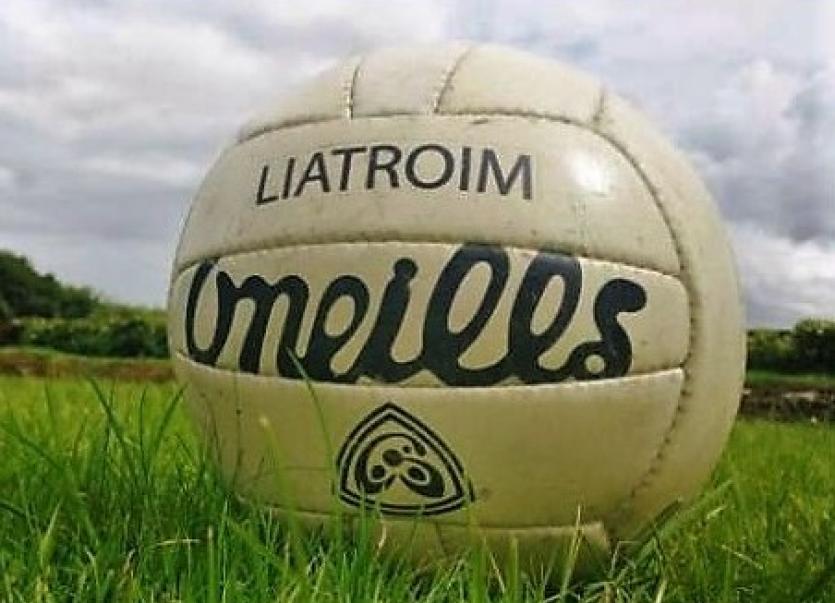 Cloone were the big losers in the three way shootout this afternoon in the Smith Monumentals Intermediate Championship as they missed out on a place in the Quarter-Finals.

Cloone needed to better the results of both Ballinaglera and Drumkeerin if they were to advance to next weekend’s Quarter-Finals but with Ballinaglera easily accounting for Aughavas, 1-18 to 0-8, to take third spot in the table.

That meant Cloone, playing Leitrim Gaels, had to better the result of Drumkeerin who were facing Fenagh St. Caillin’s. Ultimately both teams lost but for Cloone, their scoring difference was already well behind the north Leitrim men and they are out.

Cloone got off to a good start and led 0-4 to 0-3 when Leitrim Gaels struck for their goal and last year’s Intermediate Finalists were never seriously threatened after that. Cloone did draw level just after halftime at 1-7 to 0-10 but it was the Gaels who had the scoring power and strength to pull away after that.

Fenagh St. Caillin’s and Drumkeerin fought out an equally tough but very low scoring encounter, Fenagh winning 1-6 to 0-7. Fenagh’s very first score was their goal and it would prove the vital score in a tight encounter.

Drumkeerin trailed 1-3 to 0-4 at halftime and with both teams managing just three points after the break, all Drumkeerin had to do to reach the knockout stages was avoid a heavy defeat and that they did.

In Group 1, Kiltubrid, long time leaders, lost out on second place in the group when Eslin pipped them 1-12 to 1-10. Mickey Earley got Kiltubrid off to a perfect start with a goal inside five minutes but Eslin fought back to go in at halftime all square, 1-5 to 0-8.

The second half was equally as close with Kiltubrid forging two points in front before an Eslin goal propelled them back in front. And they would hold onto that lead all the way to the final whistle.

The win leaves Eslin level with Annaduff on eight points but although Annaduff have the superior scoring difference, the head to head result means that Eslin claim top spot.

Annaduff made sure of second thanks to a hard fought 1-12 to 0-13 win over Ballinamore Sean O’Heslin’s second string. A Sean Duignan goal 13 minutes into the first half put Annaduff six in front but Ballinamore showed better form to trail 1-7 to 0-6 at the halftime interval.

The second half saw Ballinamore outscore Annaduff 0-7 to 0-5 and they got to within one point early in the second period. But Annaduff showed enough leadership to win by two points and top the group.

The final game of the group saw Carrigallen and Mohill, both already in the relegation series, play a high scoring affair with Carrigallen winning 4-18 to 2-10, leaving them on four points, level with Ballinamore but crucially behind on the head to head standings.

SEE THIS WEEK’S LEITRIM OBSERVER FOR REPORTS AND PREVIEWS.