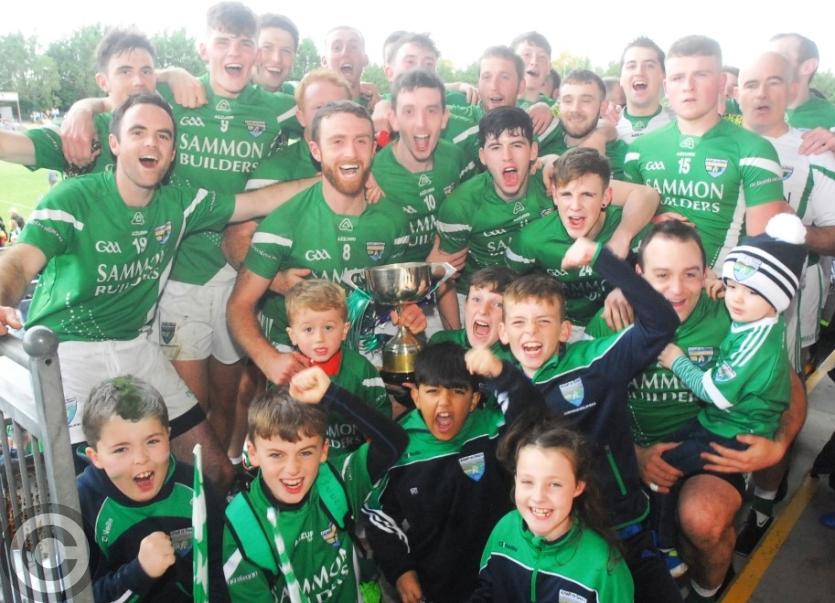 Who will follow Aughnasheelin as 2018 Smith Monumentals Intermediate Champions? Photo by Willie Donnellan

Last year’s beaten finalists Leitrim Gaels will face the sole remaining second string team in the Smith Monumentals Intermediate Championship Quarter-Finals after the final pairings were finalised after an afternoon full of drama.

With the qualifiers already decided in Group 1, all that was down for decision was final placings and Eslin’s two point win over Ballinamore Sean O’Heslin’s means they will face Drumkeerin in next weekend’s Quarter-Finals.

Leitrim Gaels, the only unbeaten team in the competition will face Ballinamore Sean O’Heslin’s second string side while Annaduff will take on Ballinaglera. The final quarter-final will see a local derby between Kiltubrid and Fenagh St. Caillin’s.

In the relegation semi-finals, there are two local derbies in store with Cloone facing Mohill while Aughavas take on Carrigallen.

The full Quarter-Final draw is as follows:

The relegation semi-final draw is as follows:

SEE THIS WEEK’S LEITRIM OBSERVER FOR REPORTS AND PREVIEWS