Stroll for Glencar/Manorhamilton as Ballinamore blown away 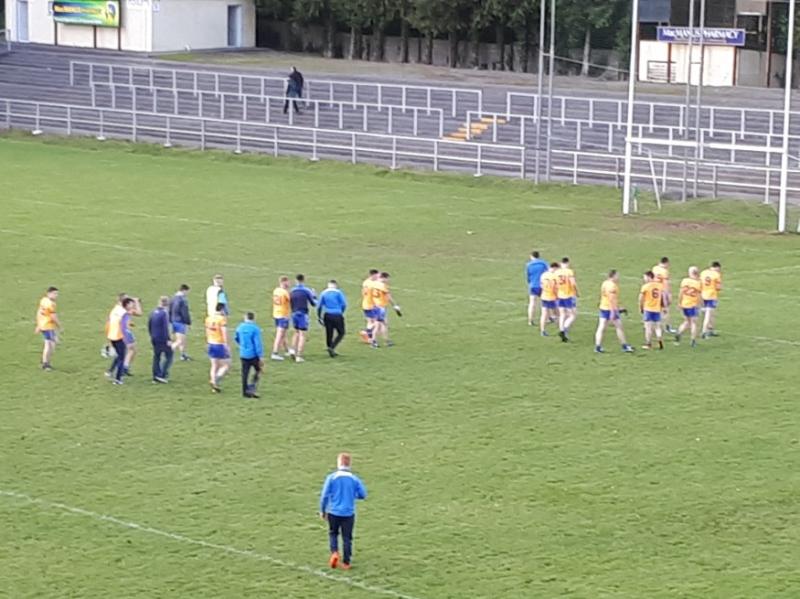 Glencar/Manorhamilton booked their place in the Connacht Gold Leitrim Senior Championship Semi-Finals with a display that may just make them favourites for the title.

Ballinamore Sean O'Heslin's were expected to mount a severe challenge but they couldn't match the immense workrate of the north Leitrim side and it took a Niall McGovern goal to keep them within touch at the halftime break, 0-10 to 1-4.

The second half was a wildly disappointing affair with Glencar/Manorhamilton blitzing Ballinamore's defence at will, Conor Dolan giving an immense display with ten points on the evening as they stretched their lead out with increasing ease.

A straight red card for substitute Wayne McKeon for an off-the-ball incident officially killed any hope Ballinamore had, Glencar/Manor leading by seven points at the time and Niall Brady ensured a comfortable evening for last year's defeated finalists with a goal midway through the half.

The game ended with three black cards, two for Pat Gilmartin and James Glancy of Glencar/Manorhamilton and one for Ballinamore's Jim McTague as the game limped to the finish.