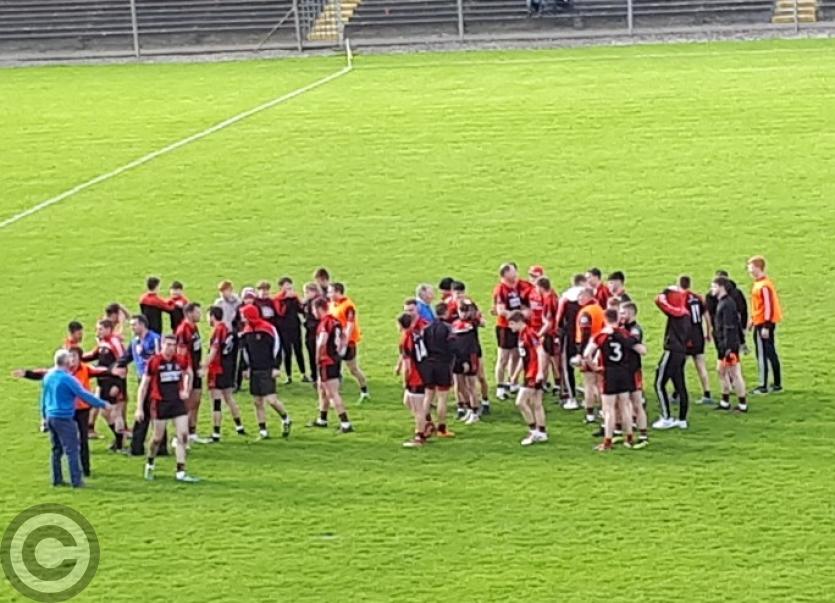 The two sides had met in the group stages with Leitrim Gaels running out nine point winners but there was no repeat here in a tense and tight encounter that was level on six occasions.

Fenagh trailed by two points at the halftime interval when Stephen Goldrick and Eunan Treacy scored late points to leave it 0-6 to 0-4 but Fenagh came out in the second half to score the first three points from Ryan O'Rourke, Donal Wrynn and Shane Doonan.

The two teams would trade points but when Leitrim Gaels dropped a free short 11 minutes from time, Fenagh gained belief and a monster 50 yard free from Leitrim captain Donal Wrynn opened up a two point gap.

Points from Riordan O'Rourke, sub Michael Doonan and Ryan O'Rourke would open up a four point gap in the last minute of normal time after Eunan Treacy dragged a spotkick in the 58th minute wide of the left hand post with the keeper gone to the left.

Aidan Flynn drove a piledriver at the Fenagh goal, keeper Paul Gill getting his hands to it to divert it over the bar and despite a point from a Treacy free, Fenagh held on to book their place in the Final.