Dominant Annaduff made to sweat with late Eslin flourish 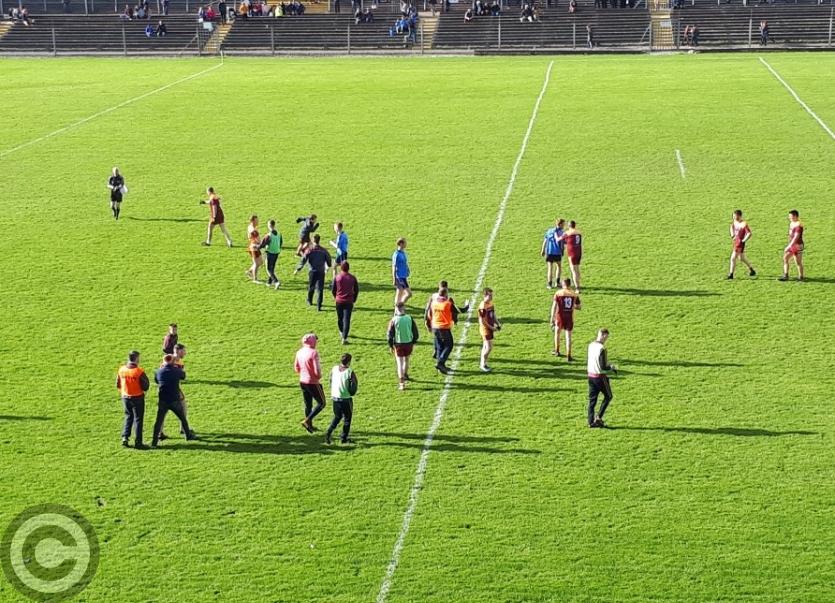 They might have had a few nervous moments at the end but Annaduff cruised into this year's Smith Monumentals Leitrim Intermediate Championship after a quarter-final against Annaduff that failed to ignite.

Eslin made a fight of it with two late penalties from Jamie Stenson inside the last five minutes of normal time but for long periods of this contest, Annaduff were at their ease as they coped with the threat posed by Conor Beirne and struck for four first half goals.

After a tense opening, Alan Glancy settled Annaduff down with a precise finish on nine minutes and barely had the celebrations died down and blood sub Ray Cox netted a second after a sweeping move cut Eslin apart.

Eslin immediately hit back with a goal of their own when Jamie Stenson's run and shot brought a save from Jim McCormack but a goal from sub Gavin O'Brien on 20 minutes re-established their dominance. Eslin's cause wasn't helped either by a black card for talisman Tomas Beirne for dragging down a player.

And as the first half entered injury time, Annaduff killed off the game when Sean McNabola left the full-back for dead and blasted home to leave Annaduff 4-3 to 1-2 ahead at the break.

The second half was a surreal affair with both teams playing at virtual walking pace and only Kenny Cox kept the scoreboard ticking over as Annaduff stretched their lead to 11 points with five minutes of normal time left.

There was still time for drama however as sub Eamon Stenson twice won penalties for Eslin in the space of a minute, both converted by Jamie Stenson, the second after an initial save from McCormack.

Annaduff will now go on to meet Fenagh St. Caillin's in the Intermediate Final.