Wasteful Aughawillan do enough to see off St. Mary's 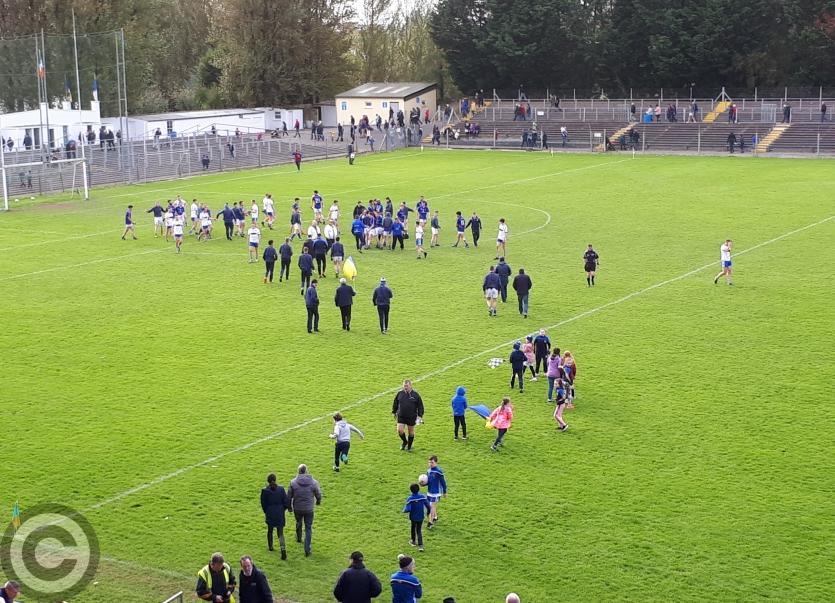 Aughawillan and St. Mary's players pictured after the final whistle

A dominant but wasteful Aughawillan reached the Connacht Gold Leitrim Senior Championship Final after they held out against a fierce St. Mary's fightback in Pairc Sean Mac Diarmada on Sunday.

For much of this game, Aughawillan were completely and utterly on top, the twin engines of Mark Plunkett and Pearse Dolan in the middle of the field giving them huge possession while their defence, and full-back Fergal McTague, beat back most of what was thrown at them.

Upfront, Gary Plunkett and Ciaran Gilheany did enough to get Aughawillan across the line but manager Tommy McCormack will nevertheless be worried by the extremely high wide count.

Niall Beirne's first half goal put Aughawillan in command and they were pulling well clear when Daire Farrell struck for a St. Mary's goal just before the break, leaving it 1-7 to 1-4.

The second half was a dour, error ridden affair with Aughawillan missing more than enough chances to kill off the game and St. Mary's hanging in there. A Mark Diffley goal six minutes from time suddenly left a point in it but Aughawillan again showed steely nerves, Gary Plunkett and Ciaran Gilheaney getting the next two scores.

St. Mary's kept looking for a late goal to rescue the game but Aughawillan stood firm and will now face a County Senior Final against champions Mohill in two weeks time.