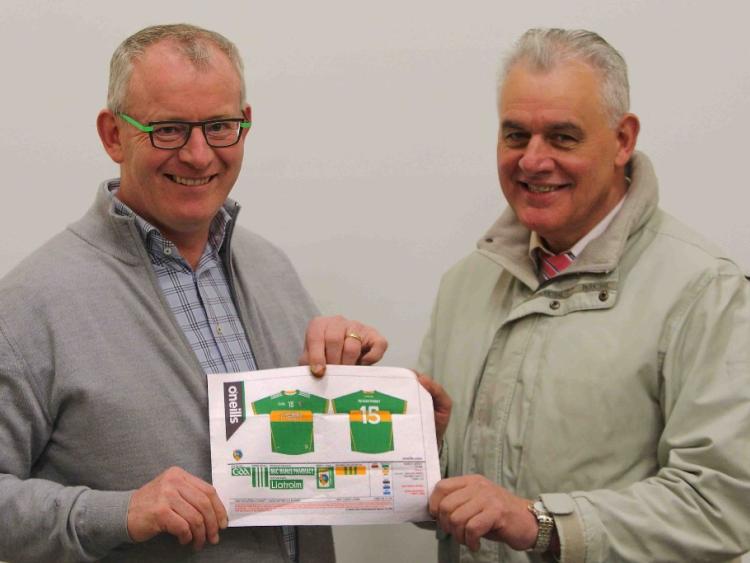 The onfield action may have come to an end for another year but there are some important matters on the immediate horizon for Leitrim GAA.

On Friday, December 7 representatives of the County Board, along with senior team manager Terry Hyland will be Stateside where a special function will be held in JP Clarke's, Yonkers, New York where the newly designed Leitrim GAA jersey will be officially unveiled.

The event, which will be the first of its kind to be held in America, will mark the beginning of a three year sponsorship deal worked out between the County Board and the Leitrim-owned business JP Clarke's.

Chairman Paddy Gormley will attend on behalf of Leitrim GFC, New York, and Leitrim Society of New York will be represented by Dessie McWeeney.

A week later, Sunday, December 16 the focus will be on the annual County Board convention and there are some interesting motions for clubs and delegates to consider.

The motions put forward by clubs and the County Board focus heavily on the structuring of league and championship competitions. One such motion focuses on the club championships with the aim of having 10 teams, two groups of five, contesting the senior championship in 2020.

There is also a motion to restructure the all-county leagues to three divisions and three reserve divisions while the County Board have also put forward a motion that would see two rounds of league games played without county players although Mohill have submitted a motion seeking to ensure that scenario does not arise.

There will be a full preview of this year's convention in next week's Leitrim Observer.