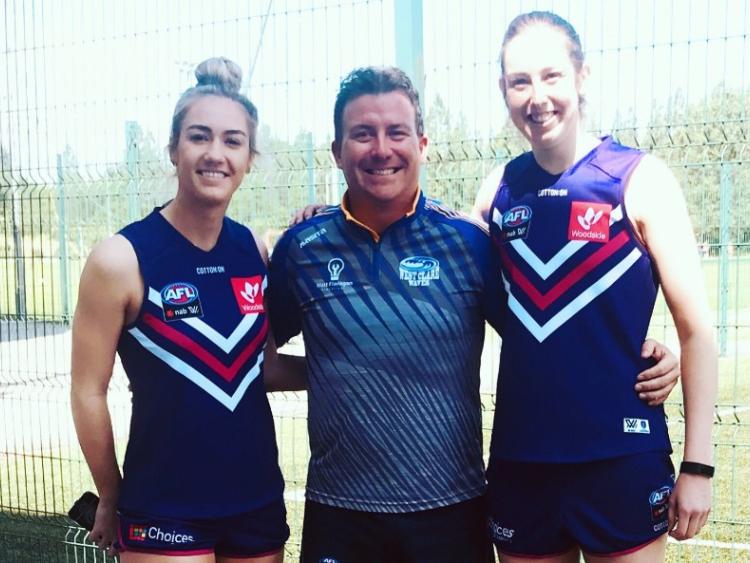 Former Leitrim Ladies football star Aine Tighe has joined the growing exodus of Irish female sporting stars to try her hand at Australian Rules football after it was revealed over the weekend that she has signed a deal to play with the Fremantle Dockers.

The Kiltubrid woman, been one of Leitrim's top forwards over the last eight years, has been signed a rookie contract with Fremantle in Western Australia with Senior coach Trent Cooper expectibng to see Tighe fill Fremantle’s current ruck void, with the 185cm player impressing Freo recruiters with her athleticism.

Speaking on the club's website, Cooper said "We’re really excited to get Aine on board, obviously we have a list deficiency in the ruck so to have someone who is 185cm in itself is great but she’s so athletic, she runs really well and I think she’ll translate to AFLW really quickly. To have her on board is going to be fantastic. Her athleticism is next level for someone of that height and we think she’ll adapt really quickly. We can’t wait to see her arrive at the club later in the year.”

A delighted Aine Tighe also spoke to Fremantle's website and expressed her delight that will see her play in the 2020 season down under: "I’m really looking forward to getting over there and getting into the thick of the practice. The (Australian Rules) games I’ve played here have been great to get a feel for it.

"That’s making it all the more real I think.  Just getting over, getting started into the actual games, match sim and stuff like that to see what it’s really like."

Standing at over six feet tall, Tighe is destined for the ruck role at Fremantle but hopes her speed will be a plus in her game: "I feel my height will hopefully be an advantage but also my athleticism and strong running. I’d hope that comes from the Gaelic football background, catching, kicking and marking. I want to try to keep that culture that seems to be building (at Freo) and keep driving those standards.”

Aine also added that she had been following the progress of the other Irish players closely: "I knew a couple of the Irish girls from college so I’ve been watching them and seeing how they’ve got on. It’s sparked a bit of interest (in playing AFLW) and I got a couple of messages to explore it and I looked into it in more detail, so (considering going to Australia) has been for the last year or so."

Tighe had not lined out with the Ladies county side since suffering a cruciate injury two years ago but has made a full recovery and is expected to make a big impact in the Australian game over next Summer's AFLW League season.