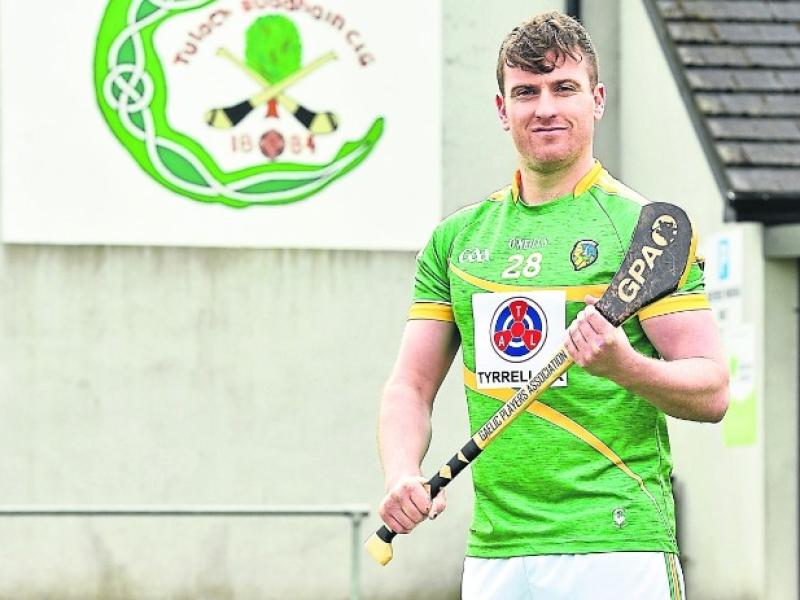 A battling Leitrim hurling side that played the last 25 minutes of the game with only 14 players lost out at the end by just two points to Lancashire at the Old Bedians Sports Grounds in Manchester on Saturday.

For most of the action, it was a tit for tat affair with Lancashire’s Ronan Crowley keeping the home side just in front, Crowley hitting 15 of the home team's 20 points from frees.

Leitrim got off to an ideal start and took the lead with the game’s first score when Colm Moreton fired home a fifth minute goal. The Leitrim lead was cut to the minimum over the next five minutes after Ronan Crowley hit over two frees.

Gavin O’Hagan hit back with an 11th minute point but Crowley hit back within a minute with a free. Ben Murray for Leitrim and Crowley traded points from play and a free by the 14th minute. Over the next three minutes a further trading of points occurred after Clement Cunniffe put over a free and Crowley did likewise for Lancashire.

The tit for tat nature of the contest continued with Cunniffe edging Leitrim two ahead after he found the range from a 19th minute ’65.’

In the following minute Leitrim goalkeeper, Declan Molloy pulled off a top drawer save when denying a goal chance that fell to Ronan Crowley at the expense of a 65, converted by Crowley.

Lancashire got on level terms when J. J. Dunphy shot their first point from play on the 21 minute mark. The Lancashire men took the lead for the first time three minutes later when Crowley tapped over his seventh successive free, a lead they would not surrender.

Crowley extended the lead with a 26th minute free and Leitrim’s Cathal O’Donovan received a yellow card in the following minute. Cunniffe reduced the lead to the minimum when he shot a 29th minute effort from play.

After that Lancashire edged into a four point advantage over the next five minutes. Crowley demonstrated his skill as he found the range from a 65, a free and a sideline cut.

Ben Murray fired over a point that left the home side leading by 0-12 to 1-6 at halftime. Colm Doherty stretched Lancashire's lead almost immediately after the second half throw-in when he shot over from play.

Karl McDermott reduced the deficit when he shot a 46th point in reply but Crowley answered from a free four minutes later.
Gavin O’Hagan, from a free, and Darren Crowley swapped points at opposite ends by the 53rd minute. As the intense action continued Leitrim’s Niall McLoughlin received a yellow card in the next minute.

Crowley increased Lancashire’s advantage to four from yet another free but Ben Murray pulled back a point when he split the Lancashire uprights with a 58th minute effort. Darren Crowley restored Lancashire’s lead a minute later when he replied with a point from play.

Shortly afterwards Leitrim sub Paul Earley received a yellow card. Lancashire won a 61st minute penalty. Leitrim goalkeeper Declan Molloy made an excellent save when he stopped Ronan Crowley’s penalty strike and then Molloy cleared the ball to safety for the Leitrim men.

Gavin O’Hagan put over two frees in the space of two minutes and then Ben Murray shot over from play to leave Lancashire leading by 0-18 to 1-14.

Ronan Crowley lifted the siege for Lancashire when he shot his fifteenth point of the game from a placed ball. Gavin O’Hagan replied with a point from a Leitrim ‘65’ shortly afterwards to reduce Lancashire’s lead to the minimum.

Before the end, however, Lancashire goalkeeper, Ronan MacAteer made victory secure for his side when he put over a long range free.

Leitrim face Cavan, who lost to Fermanagh at home last weekend, next Saturday, May 25, in Avantcard Pairc Sean Mac Diarmada needing a win to get back into contention. A loss would almost certainly end Leitrim's interest in the competition.

MAIN MAN: The marksmanship of Lancashire’s Ronan Crowley, ultimately decided the outcome of the game.
TALKING POINT: After going a man down, Leitrim rallied to cut Lancashire’s lead to a point. Perhaps if the rally had started earlier, Leitrim might have won.
TURNING POINT: Ronan Crowley's seventh free put Lancashire into a lead they never subsequently surrendered.
REF WATCH: Gearóid McGrath did a competent job generally officiating at the game. He was the only neutral official present

Leitrim played Lancashire with no official/neutral linesmen or umpires yesterday! Shouldn't be happening! And nothing will be done!

HIGHLIGHT: Two excellent saves made by keeper Declan Molloy to stop a Crowley goal chance and penalty
LOWLIGHT: No match programme was provided for the game, which was disappointing for the few travelling Leitrim supporters in attendance