Glencar Manorhamilton history book to be launched by Tommy Moran 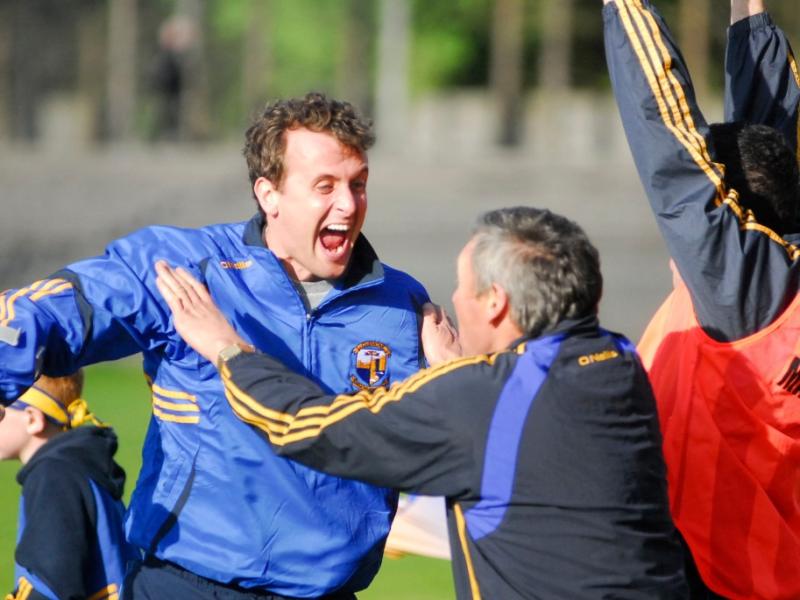 Glencar Manorhamilton History Book Committee Chairman, Thady McTernan says the new book “is a history of the GAA from 1903 to 2018 covering football, hurling, handball, camogie, Scór and ladies football in the Manorhamilton, Glencar, Lurganboy and Mullies areas, which is the catchment’s area of the current Glencar Manorhamilton Club.

“Adult, underage, school and post primary competitions over the years are all featured. There is also a section on the Exiles who played football in New York and England.

“The book chronicles the successes and disappointments of the GAA in the area over the years and the many people who were part of these journeys. It also has the story on the firing of shots after a hurling game in Manorhamilton (in 1917) and on British soldiers surrounding the pitch in Kiltyclogher before a football game.

“The research for the book found that hurling was the first Gaelic sport played in the area when a team called Manorhamilton Shamrocks was formed in December 1903.

“From the mid to late 1930s and the 1950s there was a very good hurling team in Manorhamilton. Hurling petered out after this and it was the early 2000s before hurling was re-established and has gone from strength to strength.

“It was the Manorhamilton Shamrocks Hurling Club that proposed the forming of a Gaelic football club. At a meeting on the last Sunday of May 1905 the O’Rourke’s Gaelic Football Club was formed.

“There are no records of games under this name. The first reported Gaelic football game was played under the Shamrock Club name in January 1908 against Ballintogher in the Bee Park.

“The Seán MacDermott’s Gaelic Football Club in Manorhamilton was officially set up under the auspices of the GAA at a meeting held on April 20, 1932 in MacGloin’s Hall. The Club was in existence until 1964 but didn’t affiliate a team that year.

“Glencar formed a Club in 1964 and competed in Leitrim at junior level for five years. On the December 28, 1968 at a meeting held in Saint Clare’s National School, Manorhamilton agreement was reached between those present from the Glencar Club and the old Seán McDermott’s Club to amalgamate and form a new Club called Saint Patrick’s, Glencar – Manorhamilton GAA Club.

The decision which was implemented by the members of the first committee of the Club has left a very important GAA legacy to the people of the area. The Club is now fifty years in existence.

“This book will be on sale at the launch on the Saturday evening and at the official opening of the new Glencar Manorhamilton pitch and dressing rooms in Boggaun on Sunday, August 4. It will also be on sale in shops in the town.”