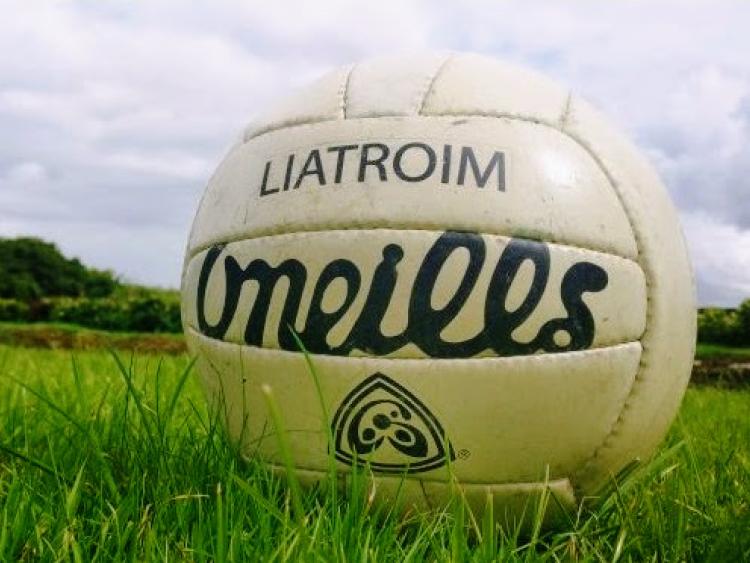 The Dunnes Bar Division 2 will come down to a straight shootout this weekend after Carrigallen defeating Drumkeerin on Wednesday evening in their crucial game in hand to throw the battle for the top four places in doubt.

Of the top four teams, only Ballinaglera are assured of their place in Division 2 next year with Drumreilly, St Patrick's Dromahair, Carrigallen and Drumkeerin battling it out to avoid finishing in the dreaded fifth position and a place in Division 3 for 2020.

Goals win games and it obviously did in Carrigallen on Wednesday evening as the home side grabbed the only three-pointer in the contest to run out two point winners on a 1-8 to 0-9 scoreline.

Carrigallen now leapfrog Drumkeerin into fourth place in the table, level with the north Leitrim men on 14 points but ahead by virtue of the head to head results. Just one point ahead are both Drumreilly and St Patrick's Dromahair, also separated by the head to head rule although Drumreilly do have a superior scoring difference.

A Drumreilly win would see them into the League Final regardless of any other result and they look in pole position as they take on Glencar/Manorhamilton's second string on Sunday at 12 noon at home but the Drumreilly men have been ravaged by injuries over the last few weeks.

Dromahair have what looks the toughest game over the weekend against table toppers Ballinaglera and they could lose out on a top four place if both Carrigallen and Drumkeerin were to wni their matches. Carrigallen have the easier task against Mohill's injury hit second string but Drumkeerin have a tricky away encounter with Eslin.

Of course, you could have the situation where both Carrigallen and Drumkeerin win and Drumreilly and Dromahair draw meaning all four teams would end up level on 16 points with scoring difference deciding the issue. In that scenario, Drumkeerin would reach the final thanks to their superior scoring difference.

All it all, it makes the final round of Division 2 a very exciting one! 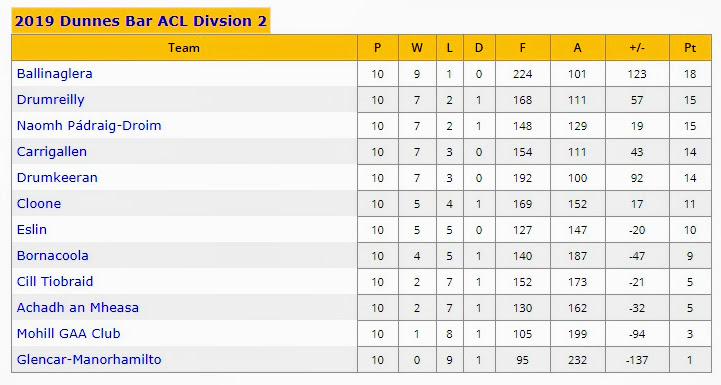