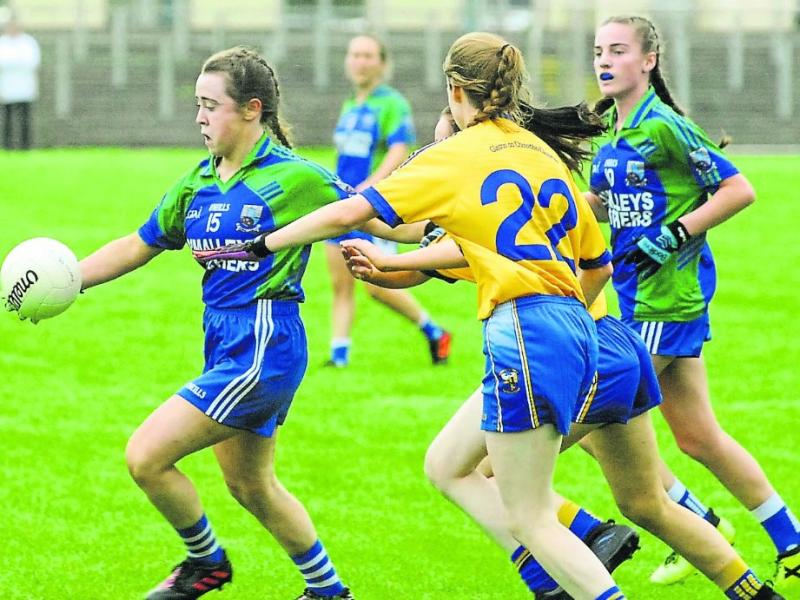 Champions St Joseph's represent the old guard, the storied team with a proud tradition as they put their title on the line as they seek a mythical three-in-a-row and few would want to bet against them doing just that given their performances so far this year.

Trouble is they come up against what is seemingly the coming force in Glencar/ Manorhamilton - a young team brimming with talent on what looks like an unstoppable journey to the top of Ladies football.

That Glencar/ Manorhamilton will win a Senior title is not in doubt ... whether that happens next Sunday is the question as St Joseph's have all the credentials to retain the crown!

Both St Joseph's and Manor have three superb, match winning forwards that can turn a game on its head.

Interestingly, Manor seemed to have moved their deadly trio further out the field to the half-forward line, adopting more of a running game with their inside line of Amanda Sweeney, Michelle McNulty and Emma McLoughlin more defenders who drop back and clog up the defence as they did so spectacularly against Kiltubrid.

Michelle Heslin at full-forward is the target and the powerful ball carrier has the pace to go with her physical power but you can't discount the ability of Carmel McGovern and Bronagh O'Rourke to pop up at just the right times with scores.

Midfield too is an intriguing battle - Aine Heslin could dominate but Aoife Gilmartin & Dearbhla Rooney are a formidable pairing while Clare Owens experience and ability to get on the ball and break up attacks will be vital.

It really is hard to know what to expect. Glencar/Manor went into last year's final with all the momentum behind them but couldn't match St Joseph's workrate and intensity. They come in a little under the radar now but St Joseph's are rightly wary.

From talking to neutrals who observed both games, Glencar/Manor will start as favourites after a thrilling semi-final victory over Kiltubrid, just one point separating the teams at the final whistle. But you would do well to remember that St Joseph's had eight points to spare over Kiltubrid in the group stages so who holds the advantage there.

We're expecting a shootout between two forward looking teams so we might get a defensive struggle. It will come down to a few moments of magic and who can produce it. One moment, I feel it is Manor's for the taking, another I go with Joseph's - it really is that close. But if pushed, I'd say St Joseph's to defend their title.