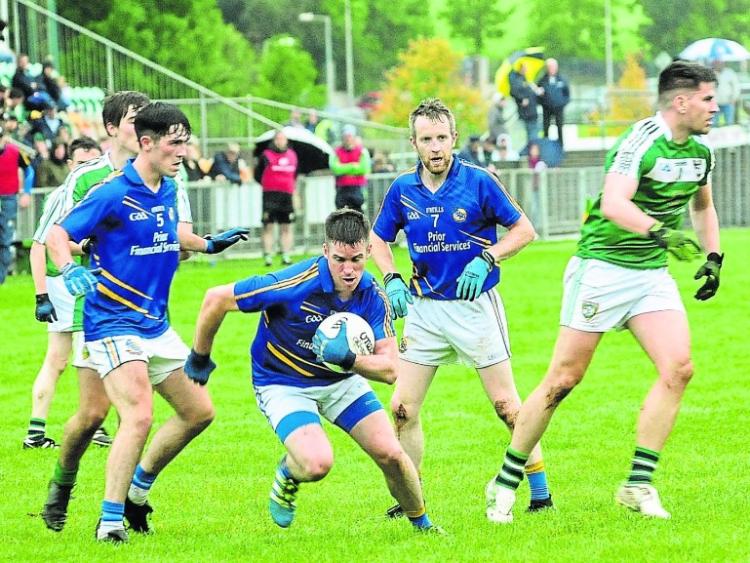 Now, I suspect most of you reading the headline are groaning, thinking Connolly is going to go all Dub GAA-GAA in this week's column, a homage to all things Dublin and that would be a yes ... and a no!

Since the epic drawn All-Ireland Final, there have been thousands of words written and spoken about Dublin and Kerry, five-in-a-row, etc, etc, etc and I'm not going to add to them - well not really.

Instead, I'm going to look at five things that caught my eye in the last two weeks - see what I did there? Five, eh! Can't escape it!

1 - The opening of the fantastic McGovern Aughavas Leitrim GAA Centre of Excellence was an historic occasion and one the entire GAA community in Leitrim should take immense pride in. That pride, the feeling of belonging and honouring family members, many long departed, made Saturday, September 7, a truly exceptional day for the county.

But what struck me about it is that the people behind the scenes can never be truly thanked enough for their work in bringing this project to completion. Anyone involved at any level in running a club or a voluntary organisation knows the heartache of trying to raise funds - imagine trying to raise funds to buy a field, develop it and then deliver some of the best facilities in the country? It's not something I'd undertake lightly.

It's dangerous to name names, the risk of offending someone by leaving out a name is immense but that shouldn't stop us thanking Terence Boyle, Martin McCartin, the late Jim Meehan and Joe Flynn, Gerry McGovern, John Mulvey and Eamonn Duignan for their work and unselfish devotion.

2 - Amalgamations work! They may have lost the U17 Division 1 Final replay last Friday by a point but playing 15-a-side football at the highest level will only bring huge long terms benefits to the Kiltubrid and Ballinamore Sean O'Heslin's clubs who make up Mac Diarmada Gaels amalgamation.

They pushed St Mary's all the way in two games and had to bring the best out of themselves; they brought the best out of St Mary's too as they had to dig deep to win. The only question now is how many more amalgamations can work to raise standards and ambitions among our young footballers.

3 - Champions clash was a true epic. Sunday was almost as big a day for Leitrim GAA heads as Saturday was with the knockout stages taking off. Most of the games were surprisingly one-sided (more on that later) but the day was redeemed by the last game on the bill, the clash of the last two champions in Mohill and Aughawillan.

Aughawillan may have surrendered their crown but they didn't let the Fenagh Cup go without a fight and despite some pretty bad conditions for football, both teams showed what flowing, attacking and positive football can achieve - definitely a positive.

4 - Reforms of Club championship have a way to go yet! Only one truly competitive game at Senior level and two out and out hammerings don't suggest that we've reached where we need to get to if we want to raise standards across the board. Allen Gaels and Drumreilly deserve huge credit for reaching the Quarter-Final stages but they were woefully outclassed and out of their depth on Sunday.

The Intermediate grade wasn't much better and I really hope that players, officials and clubs won't let the reforms drift. It will be tough, there will be short term pain but surely after last Sunday, clubs must realise they'd be far better off being competitive at a lower grade - nobody likes being canon fodder for a very good reason.
Come December, it can be easy to forget just how one sided these games were so make sure you don't forget and do the right thing!

5 - Five in a row! Had to do it, can't help it, no escaping it! What a game and what an achievement for Jim Gavin's team. The nerves weren't as bad this time out, both for me and the players it seems as we witnessed a fitting contest for such an historic achievement.