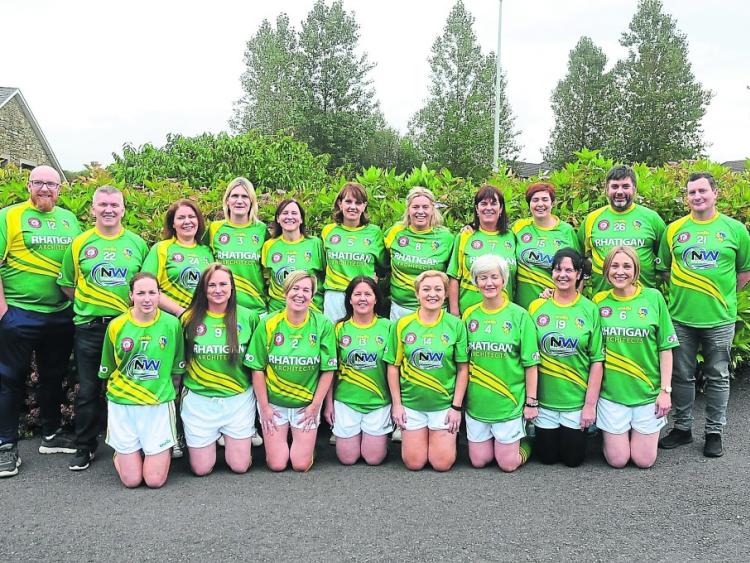 The attention of the GAA community in Leitrim might be focussed on Avantcard Pairc Sean Mac Diarmada next Sunday, October 13, but for an intrepid group of Gaelic 4 Mothers & Others players from Leitrim, it is the Big Apple and New York.

New York Ladies Gaelic Football Association are hosting a Gaelic4Mothers and Others Blitz next Sunday, in Gaelic Park, Bronx, New York and a team comprising of players from Melvin Gaels, Fenagh St Caillin’s and Kiltubrid will be taking part in the event. 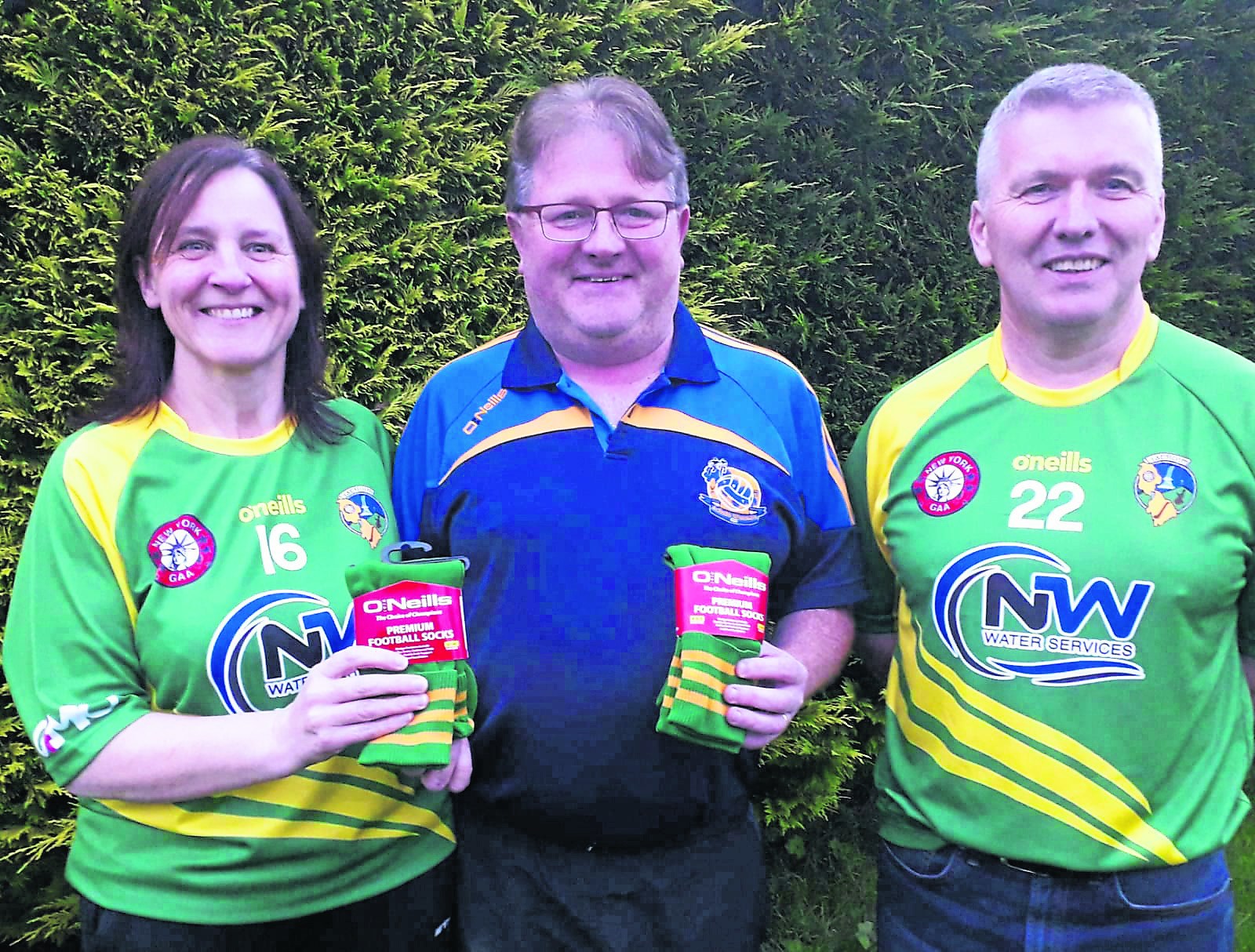 Michael McGovern, manager of Donohoe's Super Valu Ballinamore, presents a set of socks to Christina and Micheal Bohan of the Leitrim Gaelic 4 Mothers & Others team who travel to New York this weekend to take part in a blitz in Gaelic Park

Melvin Gaels travelled to New York in October 2014 to participate in the first ever New York Blitz and the team agreed to make a return trip in five years time, and the New York LGFA have kindly agreed to facilitate our return venture.

To our knowledge this is only the second time a Gaelic4Mothers + Others team has travelled stateside to promote this very popular initiative. 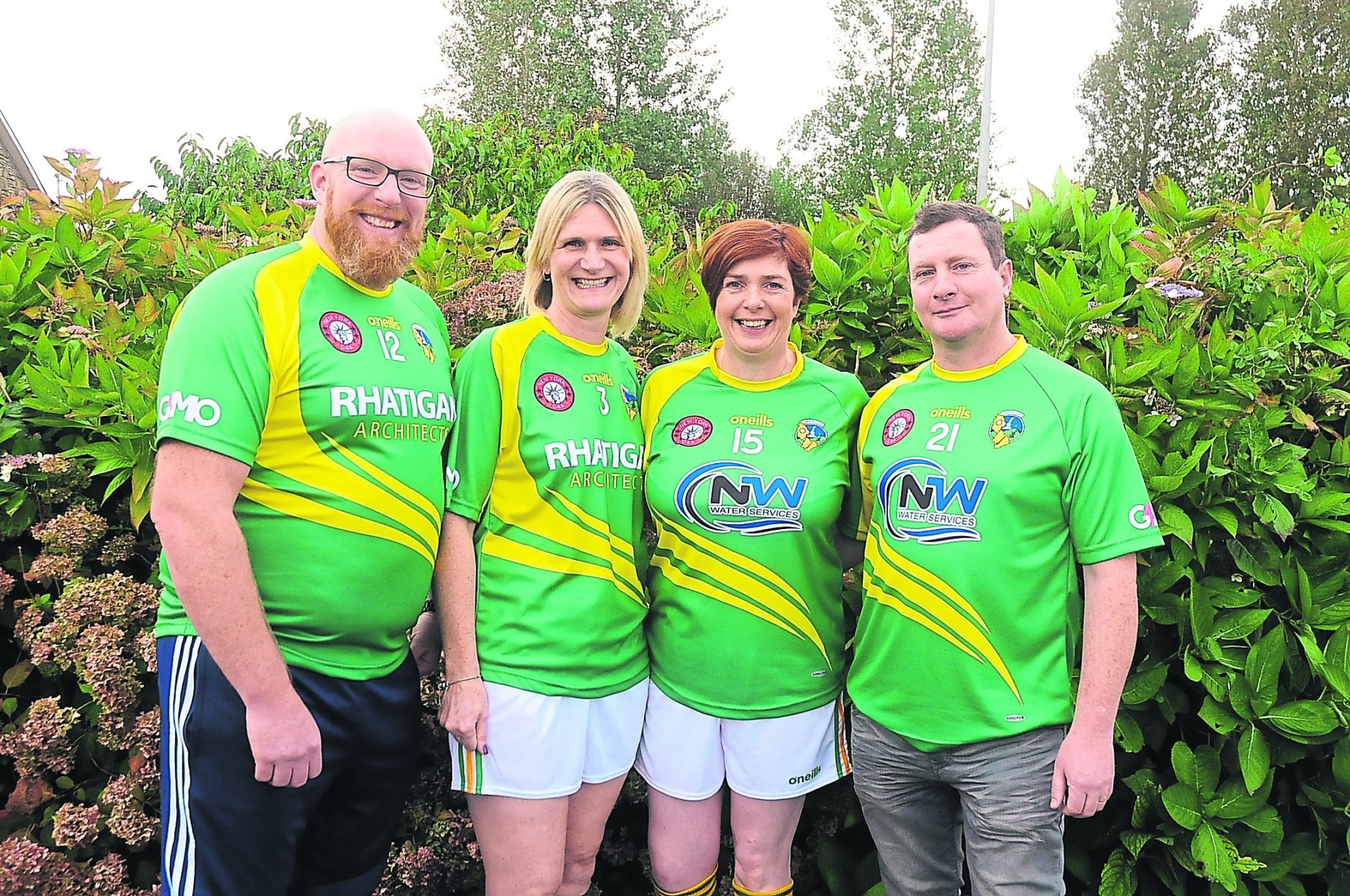 Pictured above are the sponsors of the Leitrim Mothers & Others GAA team who departed for New York yesterday (Thursday) on a 5-day trip. They will play a New York selection in Gaelic Park on Sunday. The team consists of players from Fenagh, Kiltubrid and Melvin Gaels. Pictured from left are Ian and Angeline Pudney, Rhatigan Architects, Sligo and Catherine and Kevin Regan, North West Water Services, Rossinver Picture: Willie Donnellan

We would like to take this opportunity to thank Ian Pudney of Rhatigan Architects, Sligo and Kevin Regan of NW Water Services for sponsoring our jerseys.

We are very appreciative of the support afforded to us by all 4 businesses.

A word of acknowledgement to coaches Micheal Bohan (Fenagh) and Eamon Lonergan (Melvin Gaels) who will accompany the Leitrim Squad and monitor the football action on the day while at the same time ensuring that an atmosphere of competitive banter prevails.