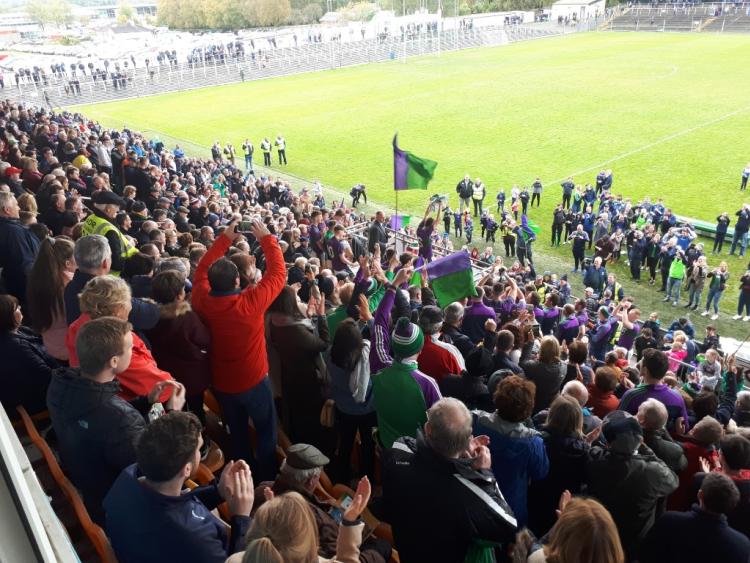 Leitrim Gaels created a slice of history when they won the club's first ever Smith Monumentals Leitrim Intermediate Football Championship title when defeated Drumkeerin by four points in a dog fight of a final in Avantcard Pairc Sean Mac Diarmada.

A Jack Flynn goal in added time at the end of the first half proved the crucial score as it gave Leitrim Gaels a four point cushion in a very tight game that Drumkeerin will look back on with a lot of regrets.

Leitrim Gaels surged into an early four point lead and seemed camped in the Drumkeerin half but missed some goal chances. Ryan Goldrick opened the scoring and points followed from Jack Flynn and Stephen Goldrick.

Drumkeerin got their first score on 18 minutes with a Cathal McCawley free and it saw them roar into the game with points from Colm Clarke and McCawley. However, Jack Flynn's goal in added time was a cruel blow to Drumkeerin as Leitrim Gaels led 1-4 to 0-4.

Drumkeerin started the second half well with points from McCawley and James Gallagher (Corry) but two points from Colm and Enda Moreton re-established the four point lead after 11 minutes.

With scores incredibly hard to come by, points from Aidan Flynn and David Bruen moved the Gaels six clear but Brendan Flynn was needed to make a great save from Cathal McCawley. Drumkeerin did rally in added time with two late points but the day belonged to Leitrim Gaels.