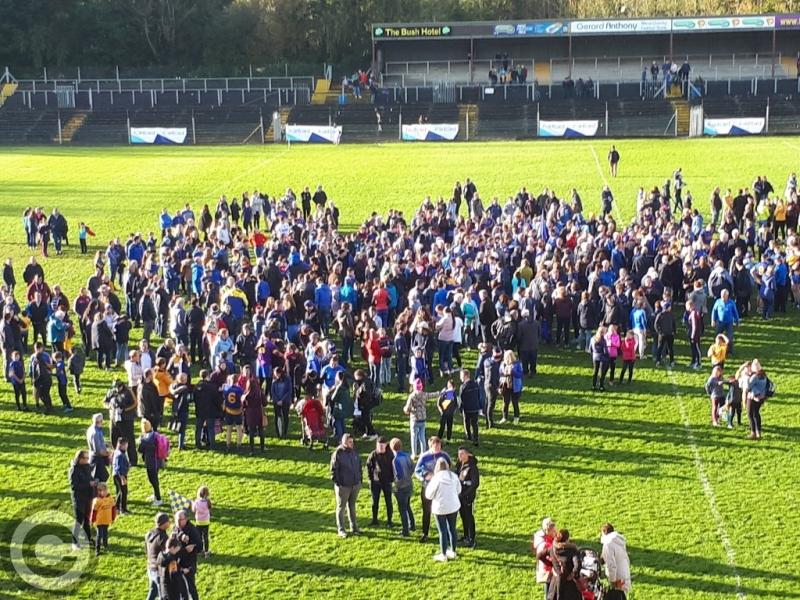 In game that opened in a welter of scores but then descended into an arm wrestle, Glencar/Manorhamilton's recovery from a four point deficit early in the game to go three points clear proved to be the winning of the game.

Glencar/Manorhamilton captain Conor Dolan had double reason to celebrate as he was named man of the match after scoring seven points in the contest.

There was controversy too with Ballinamore's Donal Feely receiving a red card from referee Patrick Guckian after a flashpoint involving several players on the sideline just before halftime, a decision that left Dominic Corrigan's side chasing the game in the second half.

However, a long ball into James Glancy saw the Manor veteran win a high ball and then a free out in the left hand corner and Conor Dolan capped a man of the match display by tapping over the free to seal the victory for Glencar/Manorhamilton, a fitting result as the club celebrates their 50th anniversary.