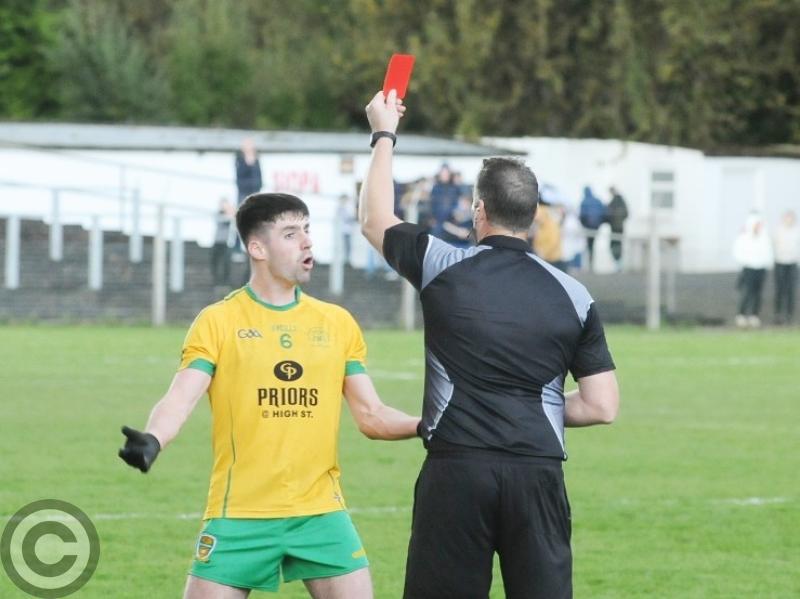 Ballinamore Sean O’Heslin’s manager Dominic Corrigan didn’t mince his words on Sunday evening when he termed the decision to send off Donal Feely a “grave injustice” that cost his team the 2019 Connacht Gold Senior Championship title.

Speaking exclusively to the Leitrim Observer after Sunday’s dramatic 0-16 to 0-15 victory for Glencar/Manorhamilton, the Ballinamore boss did not mince his words as he criticised the decision of referee Patrick Guckian to dismiss his centre-back just before halftime after a flashpoint on the sideline.

“I felt there was a grave injustice before halftime with the wrong call,” said Corrigan, “the referee and his officials got it badly wrong, Donal Feely should not have been sent off, it was totally in the wrong and it cost Ballinamore a championship.

“If Donal Feely was sent off for what he done, three or four others boys should have been as well. The officials got that badly wrong and they will have to live with that on their conscience. I certainly felt it was a disgraceful decision and a wrong decision.”

Despite the defeat, Corrigan expressed his pride in the performance of his players: “Bitterly disappointed with the officialdom really but massively proud of my players, massively proud of the whole club we had in behind this team. A fantastic group of players, the response in that second half was magnificent and I couldn't be more proud of them.”