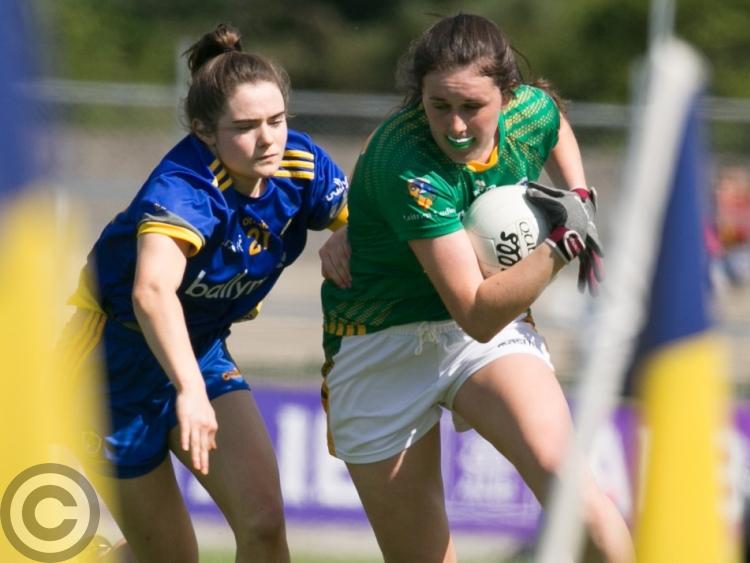 Vivienne Egan in action for Leitrim against Roscommon earlier this year

Leitrim Ladies have announced that they have appointed Tyrone's Hugh Donnelly as manager of the County Ladies Senior team.

A meeting of the Leitrim LGFA County Board on Monday ratified the appointment of Dromore native Donnelly on the recommendation of an independent three person panel.

Donnelly succeeds Sligo's Danny Clarke in the manager's hot seat after a year that saw Leitrim miss out on the League playoffs in Division 4 while they were also involved in an Intermediate championship relegation playoff against Wicklow in Kinnegad, Clarke leading Leitrim to a win that secured intermediate status for next year.

Donnelly has experience managing Ladies teams in Tyrone, Donegal and Cavan and in Men's Football in Fermangh and Cavan.

It is believed that Clarke had been eager to stay on in some role with the Ladies Senior team but Donnelly may bring in a new backroom team in a bid to regain Leitrim's former status.