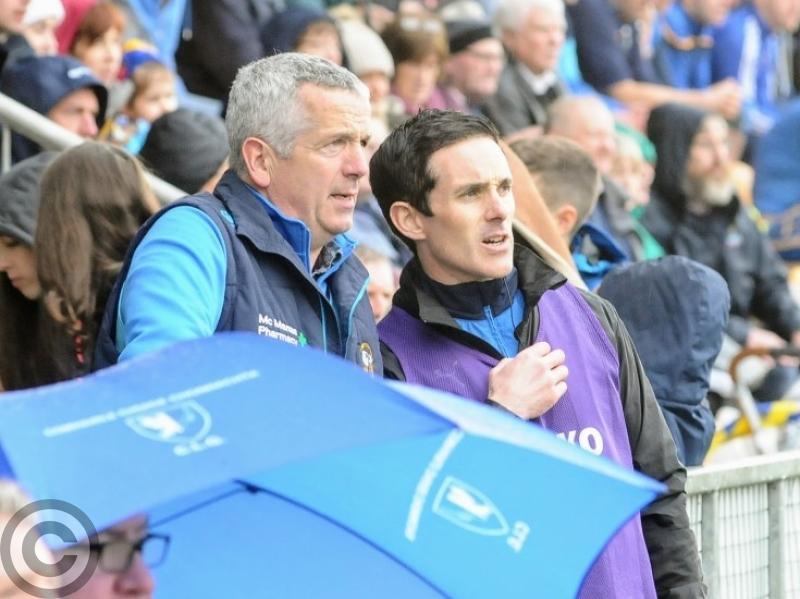 The emotional drain of the final told on the face of Glencar/Manorhamilton joint manager Kieran Fox last Sunday who paid tribute to what he described as an “exceptional” Ballinamore Sean O’Heslin’s team.

“Very much relieved,” said Kiernan, “We always knew that Ballinamore are an exceptional team, the results they have got all year, we knew they wouldn’t give up.”

His admiration for Ballinamore plain, Kieran also revealed that the flashpoint sending off of Donal Feely hindered his team as much as it did Ballinamore: “To be honest with you, at halftime, I’d have been happier with 15 against 15 because it does upset our rhythm, it upsets us against Kinlough, we didn’t play well.

“We tried to hold what we have instead of push on and our game is push on. We have forwards with the ability to put the ball over the bar but that’s football, you can’t plan these things and that was just the way it was.”

The joint manager went on to pay tribute to his forward line on an exceptional display with the trio of Conor Dolan, Niall Brady and Evan Sweeney scoring ten points between them: “They’ve been exceptional all year and we knew what they had in them if we got the right ball into them.

“The lads were getting nice low ball in front of them and they are a mature side because there is no panic in our team, we normally get the right man on the ball to take the shot. We’d have half-backs and full-backs coming through and they are looking for the shooters and it is up to the shooters to put the ball over the bar, it is a simple game.”

Once the celebrations die down, Glencar/Manorhamilton can focus on a Connacht Club campaign but Kieran reveals he never thought that far ahead: “I never even looked at who we might we playing, I was totally focussed on getting across the line today, I wasn’t looking ahead to something we had no control over.

“We’ll celebrate for a few days but we will come back, we’ll regroup and try to push on and represent Leitrim as best we can.”

SEE THIS WEEK’S LEITRIM OBSERVER FOR MORE ANALYSIS AND REACTION