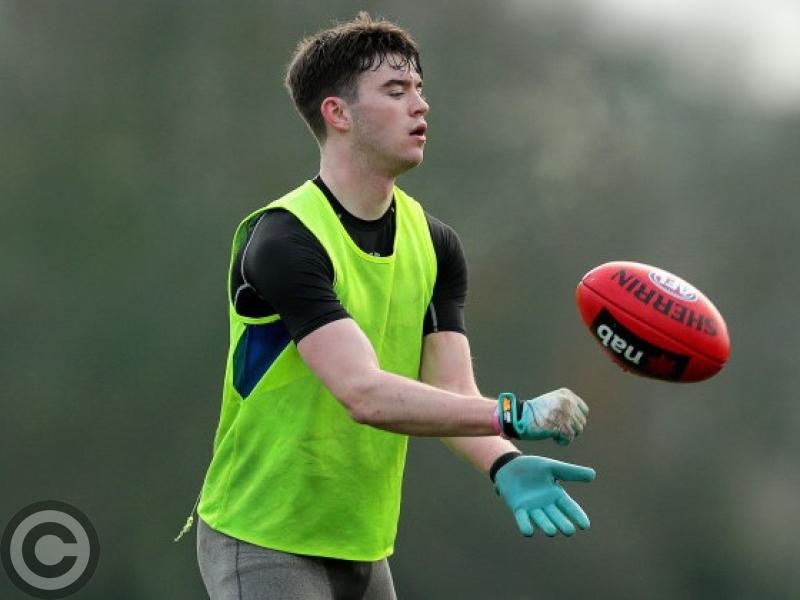 The exodus to the AFL continues apace with the news that Sligo’s Luke Towey, who mother and grandparents hail from Manorhamilton, is set to join the Gold Coast Suns at the end of this month.

The 20-year-old St Molaise Gaels clubman, who is the son of Mark and Angela Towey, with Angelda a daughter of Peter and Mary Gilhooly from Park Road in Manorhamilton, sets off to join the Gold Coast Suns on October 28.

The Suns signed Towey as a Category B Rookie after a a strong showing at the AFL Europe combine and a visit to Melbourne earlier this year and the Sligo man has impressed with his speed, agility and willingness to learn the game.

Towey said he was delighted to be given an opportunity to succeed at Australia’s game, as he sets his sights on developing his craft across half back.

“It’s kind of surreal, it’s been a long process going back over 12 months but when I got the call to come over to Australia, I was absolutely delighted for the opportunity,” Towey said.

“To come over and trial with this great club and see first-hand the AFL environment and culture was unreal. The group of lads, the coaches and all the facilities are all top class and I’m looking forward to being a part of the club’s future.”

Towey said he was excited about working closely with fellow Irishman Pearce Hanley as he begins his career in the AFL: “Pearce has been brilliant, having another Irishman at the club who can support me and show me the ropes, especially given how successful he has been, was huge for me in making my decision.”

Possessing great athletic prowess and elite speed, the DCU student clocked an exciting time of 2.82 seconds for the 20m sprint and 7.93 in the agility test earlier this year. Towey will join his new teammates for the beginning of the 2020 AFL pre-season.