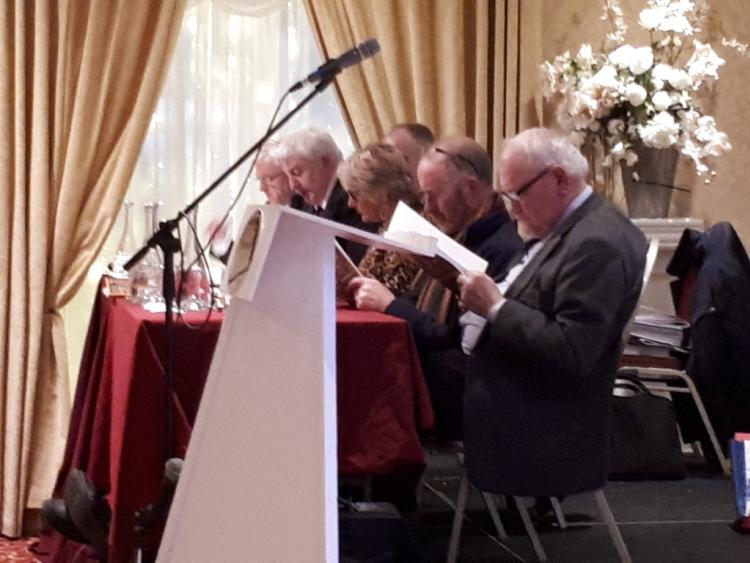 Martin McCartin, second from left, delivers his report to the Leitrim GAA County Board Convention

Leitrim GAA County Board recorded an official surplus of over €270,000 for 2019 revealed County Board Treasurer Martin McCartin at Sunday's County Board Convention in The Bush Hotel.

However, Martin cautioned delegates that the majority of the surplus was accounted by donations for the very successful Help Build the Wall campaign for the McGovern Aughavas Leitrim GAA Centre of Excellence and if those figures were taken out, the normal operating surplus amounted to approximately €30,000.

FULL DETAILS OF THE TREASURER'S REPORT IN THIS WEEK'S LEITRIM OBSERVER