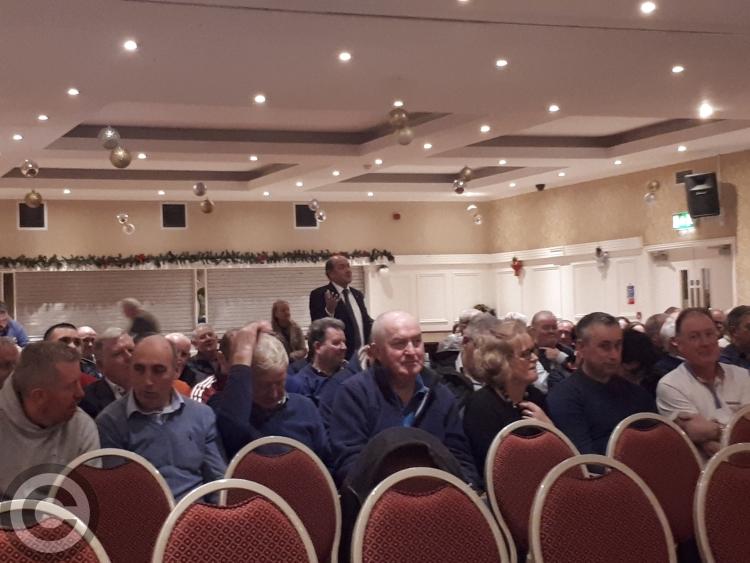 Eslin's Enda Stenson will serve as chairman of the Leitrim GAA County Board for 2020 after he was elected to the post at Sunday's Leitrim GA County Board Convention in The Bush Hotel in Carrick-on-Shannon.

Enda defeated outgoing vice-chairman Stephen Flynn of Mohill in the battle to replace Terence Boyle and after the votes were counted in the only contest on the day, the Eslin clubman was declared winner of the vote.

Defeated candidate Stephen Flynn congratulated Enda Stenson on his victory, adding "I would like to thank all those who supported me. it wasn't enough on the day and I want to wish Enda Stenson and the new Committee the very best of luck.

"Although I will no longer be associated with the Board in an official capacity, I was to say anything I can do to assist Enda and Leitrim GAA in the future, I will."

Enda Stenson thanked delegates for electing him as chairman, saying "I am totally humbled by this honour and I want to thank everyone for giving me the opportunity to work for Leitrim GAA in the future. From listening to Terence's reports today, I know it is not going to be a very easy job to follow Terence and I want to congratulate him on what a fine job he has done for Leitrim GAA. If I can do half of what you have done, I will be doing well.

"I am not setting any targets or goals but my goal will be to work for the future of our clubs and the future of our county. I'm not going to say I have a dream, we all have dreams and I know I will have to work very hard to bring our dream for Leitrim GAA forward.

"I hope I will do justice to the trust you have played in me and whatever it takes, I will do it. I will work very hard for the Association in Leitrim, be it for one year or five, depending on what you decide in the future.

"I would also like to commiserate with Stephen Flynn, it is never nice to lose out in a contest and I want to thank Stephen, there wasn't one wrong word said against me in this campaign."

Outgoing chairman Terence Boyle also paid tribute to Stephen Flynn who was replaced as Vice-Chairman by the Aughnasheelin man.

Speaking on behalf of the Aughnasheelin club, Adrian Cullen congratulated Terence Boyle on the conclusion of his term as chairman, saying "You have represented Aughnasheelin with high distinction and everyone associated with the club is very proud of you."