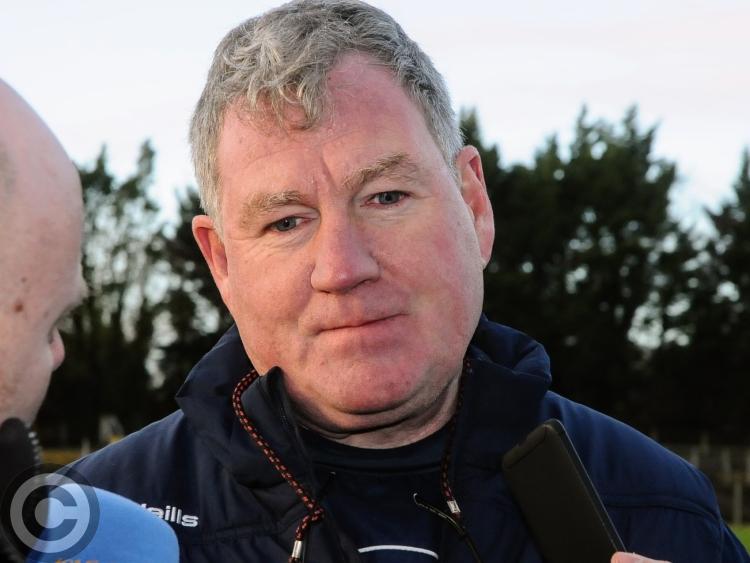 Hard to find any Leitrim fan with anything positive to say about Sunday's FBD Insurance Connacht League loss to Roscommon and Terry Hyland was no different, although he did appear sanguine about the Green & Gold's Allianz League prospects.

Asked by if there were any positives at all to be taken from the 30 point hammering at the hands of Anthony Cunningham's Connacht Champions, this reporter acknowledging it was a blunt question, Terry jokingly replied "As long as I don’t give a blunt answer!"

His more considered reply, despite his renowned positivity, acknowledged the reality of the game: "Look, we tried hard, we kept going to the end, that is the only thing. We did kick some consolation scores near the end, young McLoughlin came on and did quite well on the kicking side of things.

"They are the only positives you can take from it, the scoreboard makes it very hard to take positives out of but it is what it is."

There were mitigating circumstances nevertheless with a young inexperienced team learning rapidly about the harshness of Senior inter-county football: “If you don’t let them on the pitch, they’re not going to learn.

“Leitrim has to work towards having a panel of 30 players that they can work with and draw from and as I say, you can’t make an omelette without breaking some eggs and we have to do that, we have to put lads out on the field. There is no point talking about lads if you don’t let them play.

“Roscommon are further down the line, they’re looking at fellows who are probably 27, 28, 30 years of age, that age profile we’re talking about. We probably had seven or eight U20s named or started or played some part in the game. We’re in two different stages of development.”

SEE MORE FROM TERRY HYLAND ON WWW.LEITRIMOBSERVER.IE AND IN THIS WEDNESDAY'S LEITRIM OBSERVER