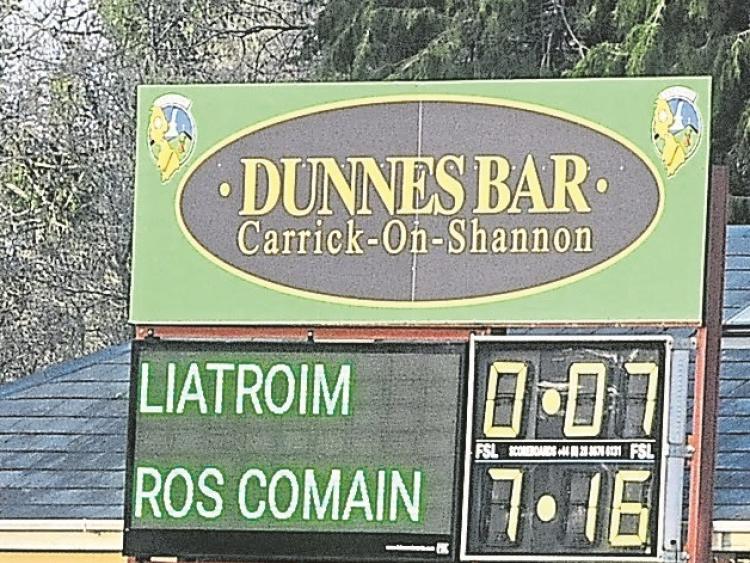 After a quiet Christmas and New Year period on the county's playing pitches the action for a new year is now back up and running but the results experienced by Leitrim's representatives last weekend would make you wonder how much is to be gained from pre-season fixtures.

The Leitrim U20 and senior mens teams both suffered heavy defeats last weekend, leaving supporters frustrated and players no doubt somewhat bewildered. The 28 point defeat at the hands of Longford in the Philly McGuinness football development league raised many eyebrows but that was to be the highlight of the weekend as a day later the senior team endured a day to forget in Avantcard Pairc Sean Mac Diarmada when they went down by 30 points at the hands of the old enemy, Roscommon.

Terry Hyland indicated in last week's Leitrim Observer that it would be a depleted team that took to the field as a result of Sigerson Cup commitments and the fact that a number of the panel were away on a stag party. However, despite the fact that it was a weakened team, the result has suddenly brought doom and gloom to many supporters, with some asking how Leitrim could hope to survive in Division 3 of the National League after such a demoralising start to the year.

It is a little over a week until Leitrim kickstart their long awaited Division 3 campaign and although the year hasn't got off to the best possible start, perhaps some of the negativity and despondency is a little premature. Terry Hyland and his team will have spent the winter months going through their preparations, hoping to be in the best possible condition in advance of the January 25 trip to face Derry in Celtic Park.

A demoralising defeat suffered by a severely understrength team won't have helped team morale but there is no reason to suggest Roscommon's facile victory immediately condemns Leitrim to an automatic return to Division 4.

When Leitrim won the FBD League in 2013 and 2014 it increased the feelgood factor within the county and put a spring in the step of all connected with the team but it didn't help the team in their ultimate quest of escaping from Division 4. Conversely, one poor FBD League performance won't result in immediate relegation.

Perhaps an even greater lesson was learned last weekend. At a time when the fixtures calendar is already bursting at its seams, these pre-season competitions no longer serve any real benefit to players and more often than not leave supporters, who were looking forward to a competitive encounter feeling short changed.

After the weekend's action around the county there was very little talk of who is looking good at this early stage but rather of games bordering on the farcical.

Longford secured a famous victory over Dublin in the O'Byrne Cup but is it a victory that will really mean anything to them?

Dublin were well short of their best team and new manager Dessie Farrell used the occasion to make no fewer than 23 substitutions. Surely if a competition wants to be treated seriously the least players and spectators should be entitled to is that the same rules that are in place when the league starts are applicable.

It wasn't plain sailing in Ulster either where Donegal illustrated that the McKenna Cup is well down their list of priorities when they conceded their semi-final fixture against Monaghan due the absence of 13 players involved in Sigerson Cup action with their colleges.

A lot of work has been put in to improving the fixtures calendar but it would appear there is still room for fine tuning. The current scenario, particularly at this time of year leaves plenty of room for improvement.

In reality a ball has yet to be kicked competitively this year and while Leitrim supporters may be fearing the worst, the wonderful thing about sport is that one good performance will have everybody believing the team are back on track.