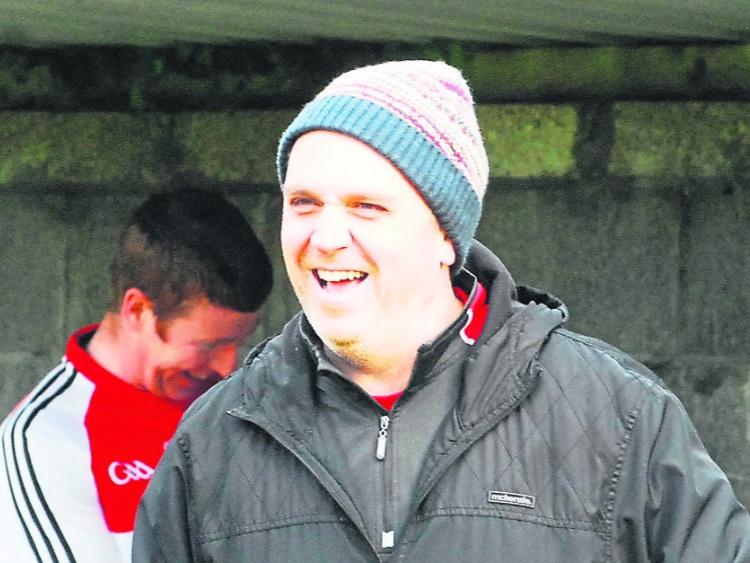 Leitrim hurlers may only be just getting started. That’s the only conclusion you can take from chatting with new county senior team manager Olcan Conway ahead of the start of this year’s Allianz National Hurling League next Sunday.

The County hurlers created a slice of history when they became the first Leitrim team to win a Cup in Croke Park, their thrilling extra-time Lory Meagher Cup success over Lancashire a truly inspiring moment.

But new manager Olcan Conway believes that a new generation of emerging hurlers are hungry and ready to drive the county on to new heights ahead of the first outing of the year next Sunday, January 26, in Brewster Park Enniskillen against Fermanagh.

Asked if last year’s Lory Meagher success made it easier or harder to come in as the new manager, Olcan reflected before saying “A little bit of both - I’m finding it hard, obviously it is a step up in level for county management, there are a lot of new factors and a lot of things I’m trying to learn as quickly as I can. 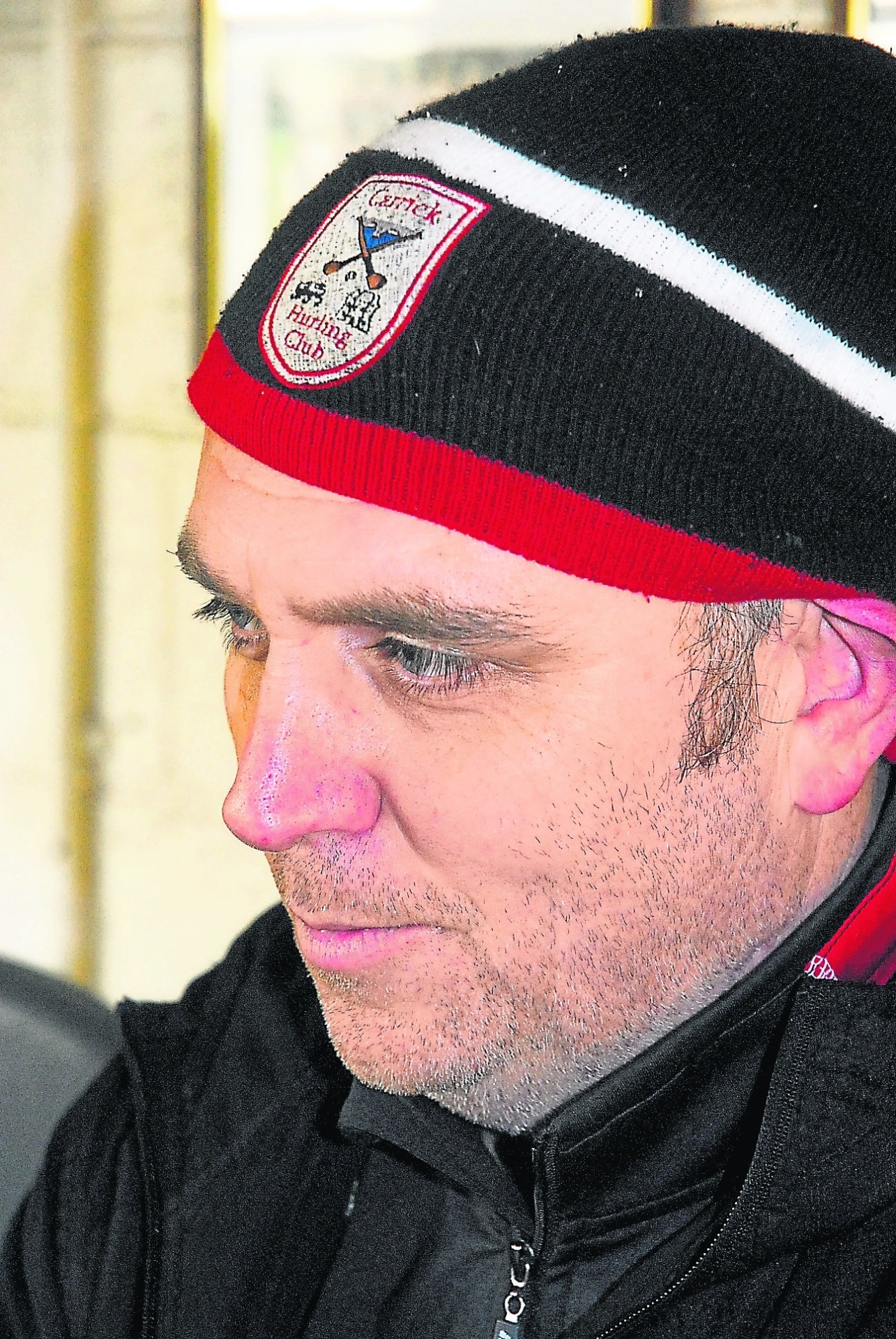 “Going forward, the lads are on a high after last year but there are a lot of lads who have stepped away from that Lory Meagher winning team so we have eight or nine new faces on the panel so they are hungry. That is driving the lads on who have been there, won the Lory Meagher. The new lads have come in, are hungry and want to stake a place on the team and possibly get to these finals and play in finals.”

Spend five minutes in the Derry native’s company and you can’t but be swept along by his enthusiasm for the small ball code and his enthusiasm for Leitrim hurling: “Firstly, I’m really looking forward to, I can’t wait to get the lads out on the field against Fermanagh.

“A tough start away to Fermanagh, a strong physical outfit with a lot of good hurlers but our lads have been training away hard the last couple of weeks. We might be a little bit behind other teams because of the late start but the boys are making up the ground rapidly in training.

“So I am looking forward to it and hopefully we will have a lot of new faces and young lads will get an opportunity to go out and prove themselves against good teams in the League.”

The former Carrick manager talks a lot of the next generation, the youngsters he believes can drive Leitrim to new heights but he is all too aware of what two veterans in particular have given hurling in the county down through the year.

“At the minute, Clement Cunniffe is gone and James Glancy is taking a bit of a sabbatical, he has just got married and has a few things coming up, two of the best Leitrim hurlers ever to walk and they are a huge loss.

“But let's hope the rest of the lads step up, copy them and replace them and be just as good as they were over the last 12 to 15 years. We have a good group of young lads and lads who have been good hurlers for their clubs for the last five, ten years and they’re out to see if they are up to the mark as well. They are strong and are going to be pushing for places as well.”

Fresh after his appointment, Olcan held trials for the county team and was heartened by the response: “People want to play, there is no doubt now. We’ve had big numbers out at the first couple of trials and lots of lads showing an interest.

“The young lads are there and are putting serious pressure on the older lads, you’re talking 17, 18, 19 year old lads and they are going out and hitting the lads just as hard and training just as hard as everyone else and that is keeping everybody on their toes.

“They are pushing hard for positions on the team and we’ll be hoping to get them integrated into the squad and going forward, build a county hurling squad on these players for the next five to ten years or whatever it is.”

Leitrim lost the Division 3B league final in heartbreaking circumstances two years ago and Olcan admits it is among a list of targets he has set the team: “We do feel we are good enough to win the league, we feel we are good enough to beat most of the teams there and we can challenge. But we have to look down the line as well, we have to prepare for the Nicky Rackard Cup and getting young lads up to scratch as well. We have lost key players from last year so it is just going to be completely new.

“If we can beat Fermanagh, we can build on that and go for a League final. If we don't, we will go back to the drawing board, train hard and go again. You never know what its like until you get it out on the field but we’re confident that we can do very well in the League.”

The Nicky Rackard Cup also features high on the agenda with Olcan convinced the Green & Gold can compete successfully at a higher level: “Nicky Rackard is going to be a massive step up, there is no point in saying anything different. You’re away to Armagh, you’re away to Donegal, you’re playing teams that are very well conditioned and seasoned hurlers, they are hurling all year round.

“But I am confident and I’ve always said it from day one, that Leitrim hurling can compete at a higher level and that is what we are going to do. We are not just going into the Nicky Rackard to take part, we’re going out there to do our best and try and win it, simple as that.

“That’s the target we’ve set and we want the players to say ‘we’re in the Nicky Rackard and it is a competition we want to win’ it is as simple as that.”

Read Also: Focus firmly on the future as Hugh plots Leitrim Ladies return to the top

With the first sliothar about to be struck in anger next Sunday, we wonder how Olcan has found the transition to his first inter-county job and it is clear that the sheer scale of the job caught him by surprise initially!

“Lets just say the first week or two was just complete madness and hectic; the head was in a spin but now that we have training sessions sorted out, we have plans sorted out the last couple of weeks, it has been very enjoyable.

“I really do enjoy it, we have good coaches in, everything is in place for the lads to succeed and do well. So it is over to them now, I can sit back and start to enjoy it a bit more now that the first few weeks of organising are over.”

So does he enjoy the games? “You’ve been there on the sideline John, you know what I’m like, I can tend to get emotionally involved from time to time! But I’ve always said that if I’m not enjoying it, I wouldn’t do it.