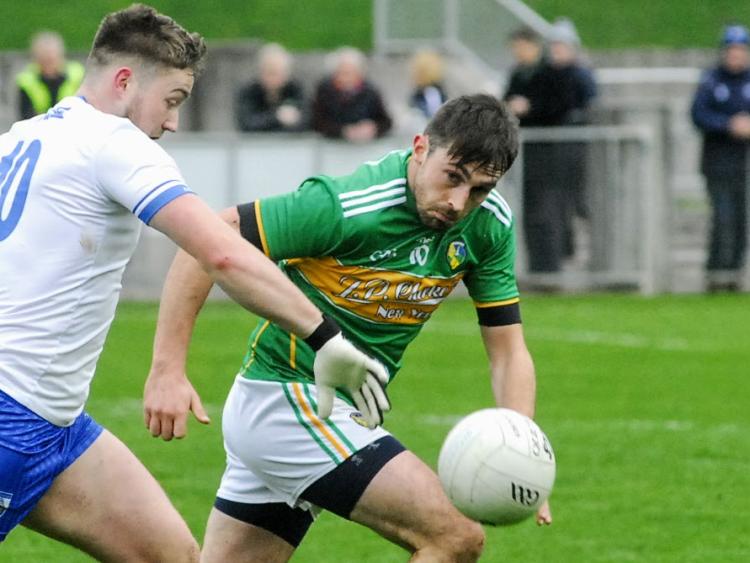 Sean McWeeney in action for Leitrim against Waterford in 2019 Photo: Willie Donnellan

The GAA's moving season is well and truly underway with the news that former Leitrim captain Sean McWeeney is among seven players changing clubs in and out of the county.

Four players are leaving their Leitrim clubs but there is good news for three others with players coming back since the start of the year according to the database on the Live Inter-county transfer list on GAA.ie.

It is a big blow for Aughnasheelin to lose one of their mainstays of the last ten plus years as Sean McWeeney joins Dublin powerhouse Oliver Plunketts Eoghan Rua, the Navan Road club featuring Dublin legends Bernard and Alan Brogan as well as up and coming Dublin star Sean Bugler.

St Patrick's Dromahair are losing one of their brightest young stars with the news that Robert Cunningham is set to join Meath's Walterstown while the list of outgoings is completed by Glencar/Manorhamilton's Brendan Rooney who is joining Setanta San Diego and St Mary's Kiltoghert's Christopher Garvey who is joining Australia's Michael Cusacks.

There is some good news for St Mary's with the addition of Jamie Ward from Westmeath and the Castlepollard man has already made his debut for Leitrim hurlers in their Allianz League game against Fermanagh.

Completing the returns is good news for Leitrim Gaels with former Leitrim minor player Aaron McLoughlin transferring back from New York to join the Gaels in time for their first ever season in the Leitrim Senior Championship.