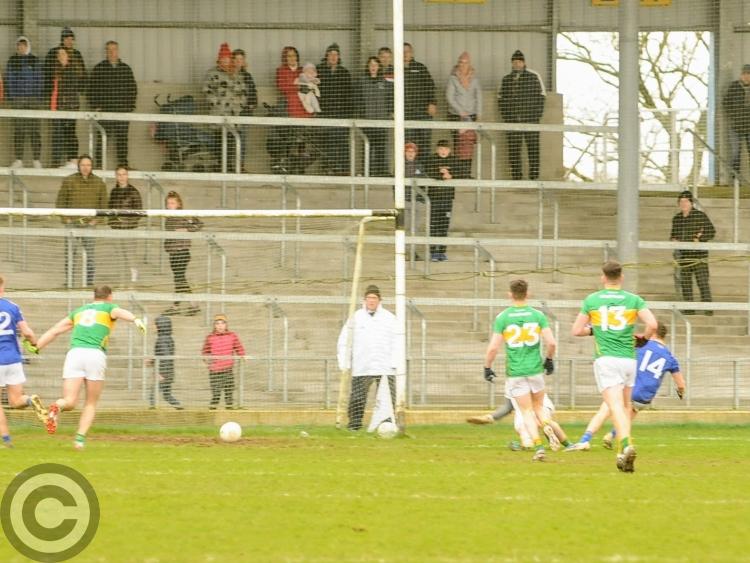 Leitrim's Allianz NFL Division 3 League hopes took a large knock on Sunday in Glennon Brothers Pearse Park when Longford turned on the style in the second half to ground out a crucial eight point victory.

Trailing by two points at halftime, 1-7 to 1-5, Leitrim looked in a great position to strike out for victory as they would have the strong wind behind them but it was the home team who stepped up a gear, dominating possession and strangling the life from Leitrim's challenge.

The loss leaves Leitrim second from bottom in the table and facing into two absolutely monster games against Offaly and Louth in their next two games if Terry Hyland's team are to secure their status in Division 3 for next year.

The game was tit for tat early on with Evan Sweeney and Darragh Rooney on target for Leitrim inside the first ten minutes with Colm P Smyth and Darren Gallagher responding for Longford. Dean McGovern cut through to score on 12 minutes, a minute later Oran Kenny launched a huge 50 yard effort over the Leitrim bar.

But then Longford took control - Dean McGovern cut through for a good point but a long ball found the Leitrim full-back line exposed. Diarmuid McKiernan made a great save to deny Liam Connerton a goal but the ball fell to Mickey Quinn and the former Aussie Rules star planted the ball in the net.

Points from Rian Brady, Gallagher and Donie McElligott stretched the lead to four points approaching the break but then yet another powerful Dean McGovern run saw him break the Longford cover. His pass found Darragh Rooney but the Melvin Gaels man saw his first shot stopped.

Fortunately the ball rebounded to the Leitrim player and he planted the ball in the net to put the game back in the mix. Another Darren McGovern free gave Longford a two point advantage at the break but Leitrim seemingly in a great position.

But it was Longford who opened best, holding possession for long periods before Liam Connerton fired over. A series of costly wides and shots that dropped short bedevilled Leitrim's challenge although Donal Wrynn did convert a mark.

Longford slowly and confidently squeezed the life out of the Leitrim challenge, they added points from Brady and Kenny. Kenny added another after 19 minutes and the lead was now five points, a lead a tired and increasingly frustrated Leitrim were never really able to dent.

Darragh Rooney got Leitrim's second of the half 20 minutes in but Paddy Maguire made a last gasp save to deny Connerton a certain goal, Longford keeper Paddy Collum converting the resulting fifty.

Evan Sweeney scored with 13 minutes of normal time left but Leitrim's challenge effectively ended on 60 minutes when Aidan Flynn received a second yellow card and Leitrim were down to 14 players. Darren Gallagher tapped over another free with Domhnaill Flynn getting Leitrim's final score two minutes before halftime.