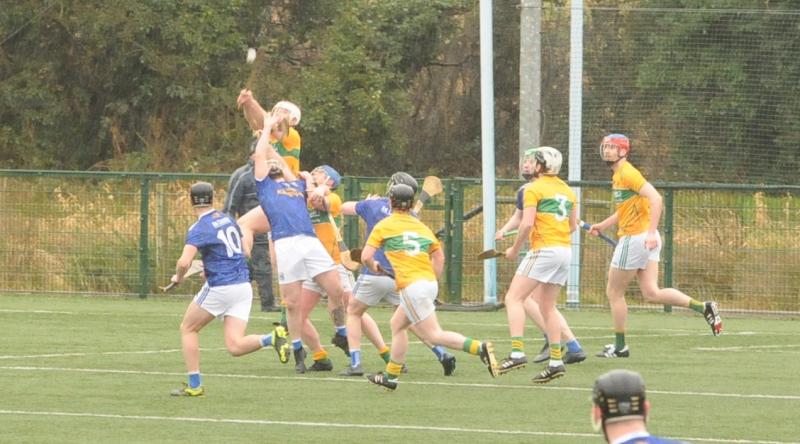 On a day when Leitrim hurlers defied the elements and the dismissal of two players to record their first Allianz League Division 3B victory, the weather proved in the victor as Leitrim's Connacht U20 clash with Galway in Mohill was called off.

Storm Dennis also claimed two other victims with the news that the Connacht Football Association had called off all fixtures on Sunday in the Connacht Cup and Shield, Manor Rangers' game against Athenry falling victim to the weather for the second week in succession.

Also falling victim to the weather was Drumshanbo AC's popular Tony McGowan Road Race series - with races over 2.5km, 5k, 10K and half-marathon, organisers felt they had no choice but to call off the event after an Orange Weather warning was issued for Sunday. The races have been rescheduled for Sunday March 8.

With all underage GAA fixtures on Saturday being called off, one of the few events to survive was Leitrim's meeting with Cavan in the Allianz NHL Division 3B. Originally fixed for Ballinamore, the match was moved to Belturbet and then Cavan's fantastic 3G pitch facility at Kingspan Breffni Park.

It proved no barrier for Olcan Conway's team as they stormed to a convincing 0-13 to 0-5 victory despite losing two players in the second half. With the wind behind them, Leitrim took a bit of time to get going but a string of points from Manorhamilton's Karl McDermott, Leitrim took control of the contest.

McDermott landed seven points in the first half along with scores from Colm Moreton and Jamie Ward while Colm Moreton also had a goal disallowed for a square infringement.

Leitrim led 0-10 to 0-3 at the break and despite facing the wind and losing Ward to a straight red card and Eslin's Conor Beirne to a second yellow card in quick succession, the Green & Gold were never seriously threatened by a Cavan side who couldn't match the physical power and desire of the visitors.