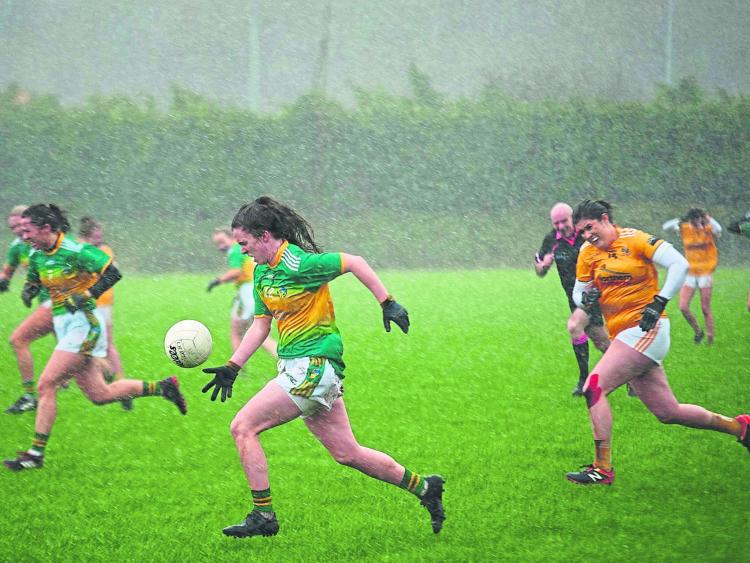 After a perfect and near flawless start to the Lidl Ladies NFL Division 4, Leitrim Ladies face their real first stiff test when they travel across the country to take on unbeaten Louth next Sunday afternoon.

It will certainly be an adventure for Hugh Donnelly's team as the match is fixed for the hard to get to Cooley Kickhams pitch in Carlingford and while Leitrim can recreate the Warrior Queen Maeve raiding Cooley, the warriors from the Wee County are sure to have an answer.

Unlike a lot of Leagues, both these teams already have a good idea where they stand in relation to each other with both beating Antrim so far in the division, Leitrim's 7-10 to 0-2 destruction of the Saffron women a good deal more impressive than Louth's 3-11 to 0-6 win over the same opposition.

Yet Hugh Donnelly will still preach caution - Louth faced Antrim away from home and the Ulster team had put in a good performance against Offaly in the first round whereas Leitrim faced an Antrim team coming off the back of 15 point loss to Antrim.

Managing the long journey to Cooley will be central for Leitrim hopes. A win here would put them in a great position with division leaders Offaly having already dropped points in a draw against Carlow.

What the first two games have proven is that Leitrim have awesome firepower with Michelle Guckian's return freeing some of her younger teammates from the burden of leading the team.

Leitrim have a good record against Louth, who won the All-Ireland Junior title last year, and you expect them to come away with a hard fought win here next Sunday.